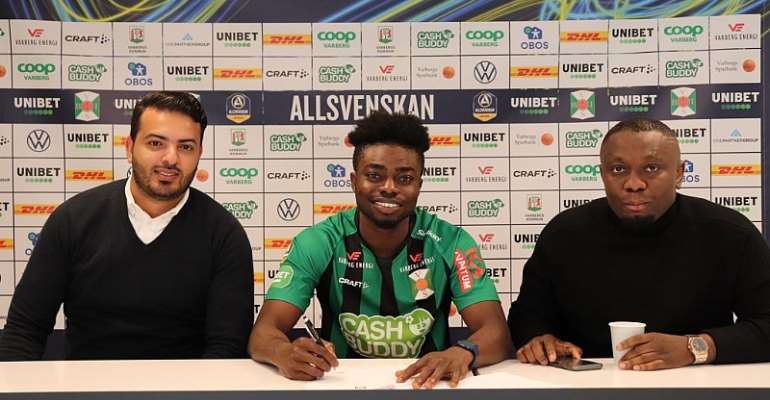 The defender who can play in midfield joined the Swedish outfit in August from FC Nordsjaelland for a short-loan spell to ensure he gets to play first-team football.

After 2 months, Varbergs Bois FC has been very impressed and have decided to activate the option to sign Gideon Mensah on a permanent deal from the Danish Superliga side.

“Varbergs Bois and the Gideon Mensah loaned from FC Nordsjælland have agreed on a contract that will make Gideon a Bois player for the next three seasons.

“As is well known, Gideon joined on loan during the summer and has since impressed during the playing time given. From 1 January 2021, he will belong to Varberg's Bois full time”, the Swedish club has announced today.

Since joining the club, the former Right to Dream Academy defender has made 7 appearances and has 1 assist to his name.

Mensah, 20, has settled well into the team and is being tipped to become a professional in the next few years.