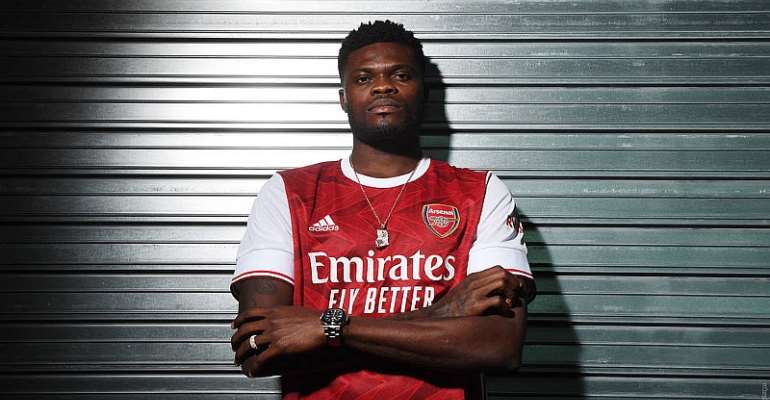 Partey, 27, joined the Gunners in a £45m deal from Atletico Madrid in the transfer window.

Arsenal have been champions of England 13 times, with their last title coming in 2003-04.

“Everybody is wanting to win all the trophies that can be won. That’s my goal also,” the Ghana midfielder told the club website.

“It’s something that’s difficult but we’re working towards it and we’re ready. We have to go all out and try and achieve all I have said.

“That’s the objective of the club and myself. We have to get back to where we belong.”

Since their last Premier League success, the Gunners have won the FA Cup five times, including last season when they beat Chelsea 2-1 in the final in August.

However, they only finished eighth in the league and have not played in the Champions League since 2016-17.

“It’s a great challenge,” added Partey, who won the Europa League and Uefa Super Cup, and played in the 2016 Champions League final with Atletico.

“I want to experience new challenges. I’m ready to give it my all and help this club.

“They [manager Mikel Arteta and technical director Edu] told me about their plans and it was so exciting so I had to accept it. I feel great to be here.”

Arsenal have won three of their four Premier League games in 2020-21, are fourth in the table and play at Manchester City on Saturday.

Security guard jailed 3years for conniving with ex-worker to...
24 minutes ago