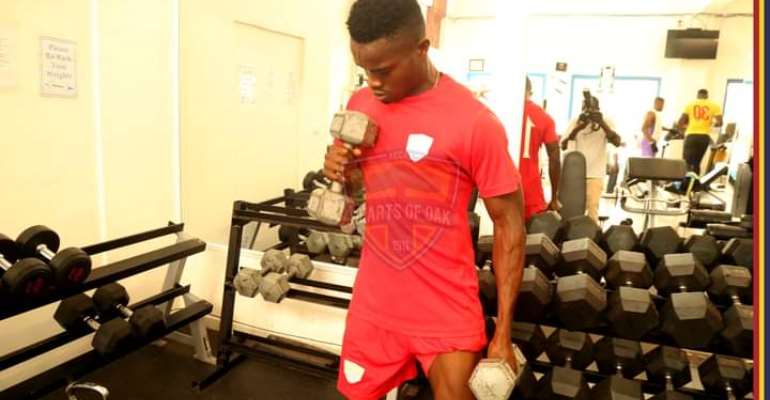 Accra Hearts of Oak head coach, Edward Nii Odoom is tipping Kwadwo Obeng Jnr to play a key role for the team in the upcoming season if he continues working hard in training.

The youngster started the 2019/2020 football season on a good note but had to miss some important matches as a result of an injury setback he suffered.

Having recovered from the injury, Kwadwo Obeng Jnr is now training hard ahead of the start of the new season.

According to Coach Edward Nii Odoom, he has been impressed by the work ethic of the attacker.

The gaffer believes that if he continues to put in the work, he will be key for Hearts of Oak throughout the next season.

“Obeng Jnr has worked very well since we regrouped and if he continues at the pace he is working, he could be an important asset to the team next season”, Coach Edward Nii Odoom told Hearts news.

Meanwhile, Kwadwo Obeng Jnr has noted that he wants to work hard to give off his best performance for the Phobians next season.

Desist from faking kidnapping to avoid imprisonment – Police...
48 minutes ago