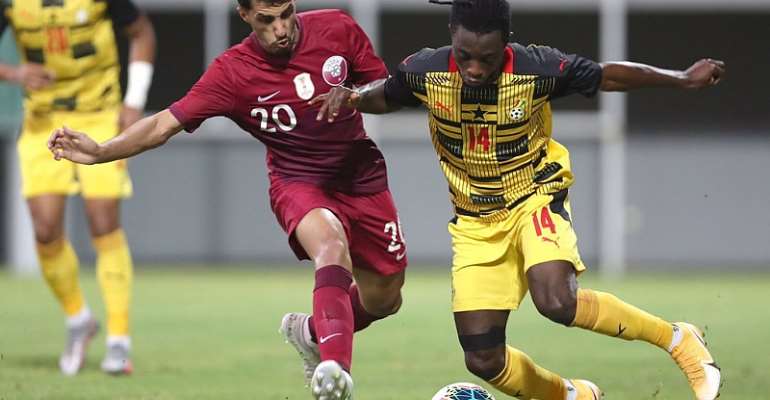 An improved performance from the Black Stars has seen Ghana defeating Qatar 5-1 today at the Titanic Sports Stadium to hand Coach CK Akonnor his first win.

The West African country suffered a 3-0 thrashing at the hands of the Eagles of Mali last Friday during an international friendly match staged at the Emir Hotel Sports Complex.

In a similar exercise today, Ghana has bounced back with a better performance to record a massive win against Asian Champions, Qatar.

The Black Stars had a good start to today’s encounter and managed to take the lead on the 22nd minute when Tariqe Fosu slotted into the back of the Qatar net from close range after a Jordan Ayew strike had been parried away by the opponent's goalkeeper.

Though Ghana will continue to dominate, the Asian Champions will draw level in the final minutes of the first half courtesy of a strike from danger-man Ali Almoez to ensure his team went into the break on level-pegging.

After recess, the Black Stars remained the better side and continued to enjoy possession.

A minute after the hour mark, the efforts of CK Akonnor’s team yielded result as Andre Ayew scored with an assist from Thomas Partey to restore the lead for Ghana.

A couple of minutes later, a good team play from the West African giants produced another goal. New Arsenal signing Thomas Partey assisted Samuel Owusu with a well-weighted lobbed pass as the winger scored with his lethal left foot.

In the final 10 minutes, Ghana scored twice to complete the mauling of Qatar. Captain Andre Ayew scored with an assist from brother Jordan Ayew to complete his brace before substitute Caleb Ekuban put the icing on the cake on the 87th minute.