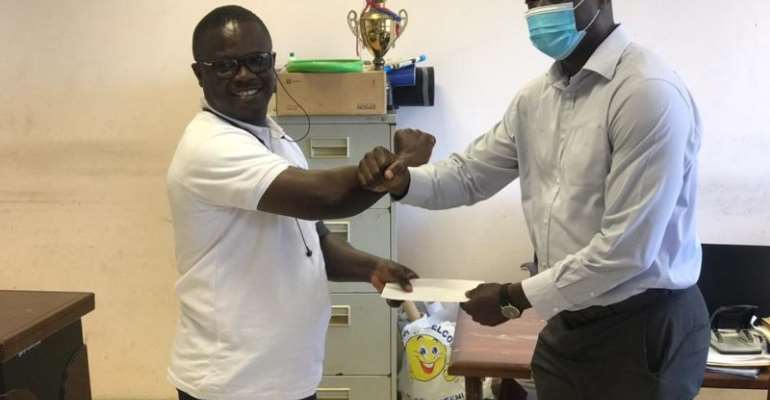 The Ghana Swimming Association (GSA) has been supporting some of its athletes who were excluded from the list of persons expected to benefit for the government’s stimulus package to some sporting federations.

Government as part of its effort to support athletes amid the coronavirus pandemic through the Youth Employment Agency (YEA) offered to give out GHC 500 as a stimulus package to Ghanaian athletes affected financially by the pandemic.

The GSA presented names of 15 swimmers to the government which was later reduced to 10 but only four were approved to receive the GHC 500 relief fund.

The GSA has taken it upon themselves to support the six others who were left out of the initial 15 persons.

The Swimming Association has been paying the affected athletes GHC 500 each month with support from the world body FINA since September this year.

Speaking to The Finder at the GSA office today after the presentation of this month’s fund to some of the athletes, President for the Association Theo Wilson Edzie said, “Just as the government is doing for the other athletes, we also decided to support those who were omitted from the list by paying the same amount to them from September to December”.

“This will also encourage them to work hard so they don’t feel left out. We have put training programs in place for the athletes to help them with preparations ahead of the Olympic Games next year”, he added.

He also disclosed that there will not be any major program until next year as plans to host a competition earlier on had to be cancelled due to the coronavirus pandemic.

The list of athletes benefitting from the stimulus package are: