How DK Poison Reacted To News Of Government Paying His $45,000 Debt 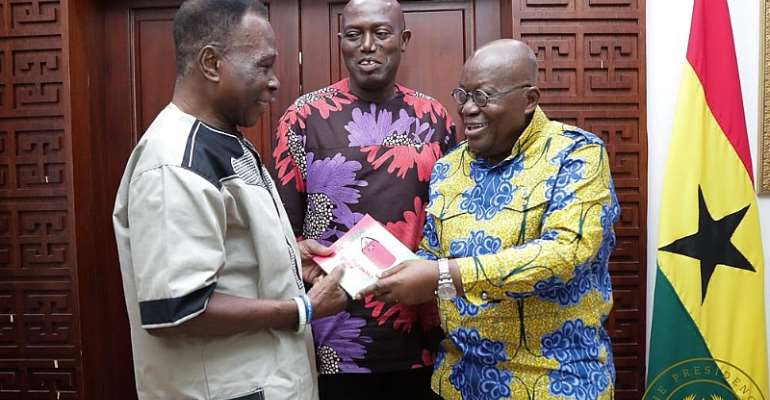 Ekow Asmah, the spokesperson of David Kotei Poison has revealed the legendary boxer’s reaction to the news that President Akufo-Addo has ordered the Finance Ministry to pay him the $45,000 debt owed him by the state.

Ekow Asmah disclosed to Graphic that DK Poison was excited and fulfilled that after four and half decades, his money has finally been paid to him.

DK Poison, according to his spokesperson expressed gratitude to God and the President for delivering on his promise to honour the debt.

“When I broke the news to him this morning, D.K. Poison broke into praise of God for making it happen for him. ‘Oh, this is the work of God’, he acknowledged, almost in sorrow, given the history of his plea for the refund dating back over four decades”, Mr Asmah said.

By his own account and those around him then, Poison in 1976 used $45,000 of his $75,000 match purse to import mackerel for the state. The agreement was that once he returned to the country, the Acheampong administration was going to pay him.

The administration, however, failed to honour their side of the agreement, leaving him to fight for the money for over four decades.

On Tuesday, October 9, 2020, President Akufo-Addo handed him good news by instructing the Finance Ministry to pay the debt.

D.K Poison as he is affectionately called is the first Ghanaian to win a world title, a feat he achieved in 1975 when he defeated Reube Olivares in a WBC featherweight title bout.

Your independence will be respected – Akufo-Addo assures new...
23 minutes ago

He has the capacity, intellectual strength to succeed – Akuf...
28 minutes ago