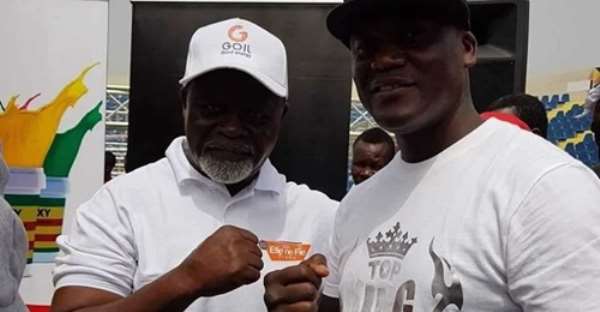 The World Kickboxing Network has announced its return to Africa. The event is scheduled for March 6, 2021, taking place in Accra, Ghana.

The first-string representatives of the country-host, Stephen Abbey and Jonathan Euro are set to battle it out for WKN International titles in their respective weight class. Ghanaian boxing legend, former WBC featherweight and super featherweight champion Azumah “The Professor” Nelson has been announced as “part of the program, encouraging the participants”.

The promoter of the inaugural WKN championship event in Ghana is Lawrence Nyanyo Nmai.

Promoted By Lawrence Nyanyo Nmai, The First Wkn Event In #Ghana Will Be Held On Mar 6 In Accra, Ghana.

The Professor Azumah Nelson will be part of the Program, to encourage the participants.

“We look forward to return to Africa, and continue to help developing kickboxing on the continent,” said President of World Kickboxing Network, Stephane Cabrera. “Over the years WKN championship events have been held throughout Africa, including such countries as South Africa, Tanzania, Tunisia, Morocco, Uganda, Nigeria, among others. In the early 2000s in many of these countries, the WKN has become a pioneer to promote world championship bouts. We highly anticipate the first WKN championship event in Ghana, promoted by Mr Lawrence Nyanyo Nmai.”

The names of opponents for Abbey and Euro, as well as the rest of the fight card, are expected to be announced in the coming weeks. This promotion is an opportunity to give Ghanaian boxers and kickboxers something to do in the post - Covid-19.

It will require hard work, collective effort to break eight-...
52 minutes ago