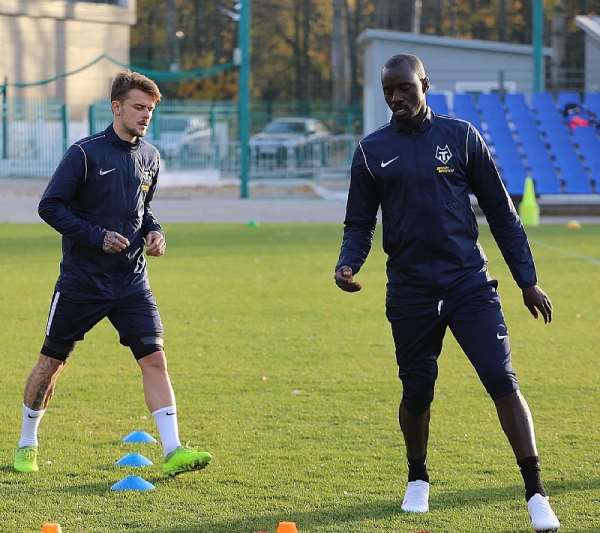 The experienced midfielder completed a move to the Russian Premier League club last Friday on the back of successful talks.

“The Ghanaian midfielder Mohammed Rabiu joined our team. The contract with the player was signed according to the "1 + 1" scheme. Rabiu will play for Tambov with number 19.

“Welcome to Tambov, Mohammed”, a club statement from FC Tambov announced on Friday.

Subsequently, on Saturday, the 30-year-old had his first training session with his new teammates following a warm reception.

Rabiu Mohammed has a lot of experience playing in Russia and will be expected to play a key role for the Premier League club.

Check out pictures of Rabiu’s first training session at FC Tambov below: