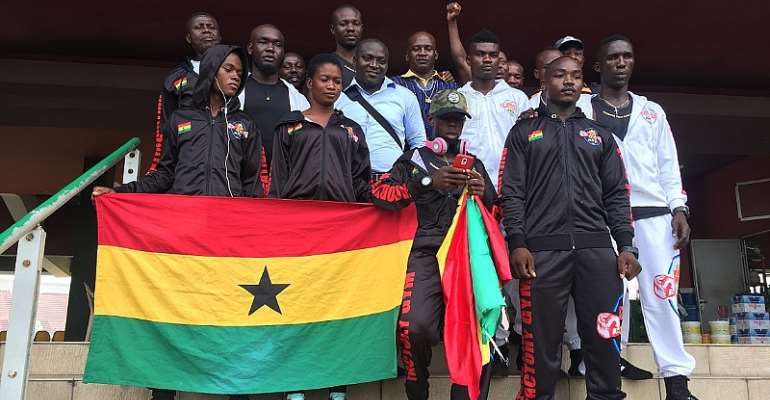 President of the Pro Fighting Factory Gym & Promotions in Ghana and Switzerland, Lawrence Nyanyo Nmai has sent words of encouragement to the family of the late 18-year-old John Commey, an amazing member of the Black Bombers.

Nmai who is a top trainer in boxing and martial arts now based in Switzerland, Europe said the demise of Commey is a big blow because he was a super rising star, and an Olympic medal prospect if given the opportunity.

“We have lost a great boxing talent, and I am very sad, I decided to manage him so the announcement of his death hurt me a lot. I pray and can only say may he rest in peace, but I hope to support other members of his family who take up boxing” he said.

The enterprising young Ghanaian national amateur boxer, John Commey is to be laid to rest at the Awudome cemetery on (October 10, 2020) after a funeral service at Sakumo Tsoshi near Bukom in Accra.

He was pronounced dead at the Cocoa Clinic in Accra on August 22, 2020.

The Pro Fighting Factory donated an amount of money to the father of the boxer.

Six die in accident at Hemang after car crashed into wrongly...
42 minutes ago