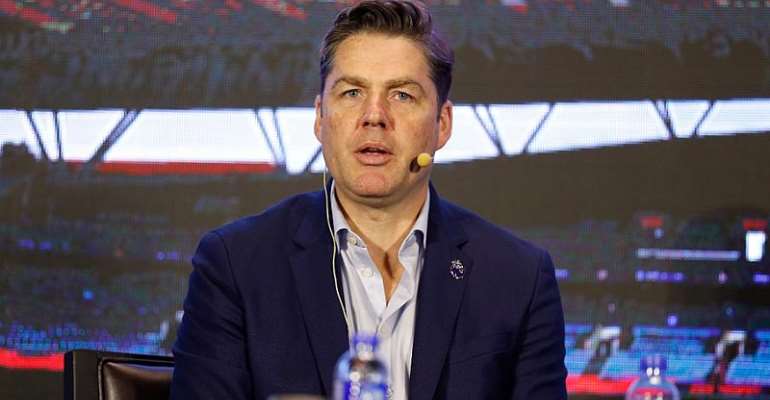 Premier League chief executive Richard Masters has pleaded with the government to rethink its stadium supporter ban, calling for football to be treated "fairly".

Matches at the end of last season in the English top-flight and the beginning of the new campaign have been played behind closed doors due to the coronavirus crisis.

Plans to pilot a limited return of fans from 1 October were shelved last month due to tighter lockdown measures following a surge in cases of Covid-19 in Britain.

Masters told The Times newspaper that he welcomed the return of audiences to concert venues but said football stadiums should be included.

"It's good news that (concert) venues can run socially distanced events indoors, it gives them a lifeline," he said. "We are starting to see the return of the paying spectator at a ticketed event and we just believe that football should be allowed to do the same.

"We do understand why caution is needed but what we are asking for is consistency from government so that sport is treated as fairly as other activities."

"We are a highly-regulated environment. We have the Sports Grounds Safety Authority in place to ensure that supporters are safe at all times and we're outdoors in a highly-stewarded environment. What we really need is clarity for our clubs and supporters and a road map from government."

Masters said Premier League clubs were facing a number of tough challenges including the scrapping of the October return date for fans, expectations to help clubs lower down the pyramid and the frustration of seeing entertainment arenas close to football grounds reopen with no "roadmap" for the return of supporters.

Masters cited the example of the Bundesliga, which has allowed a limited number of fans back depending on local virus rates, as one that clubs could potentially follow.

"The government is managing the country around local conditions so we have to be flexible in that respect," he said.

"We have been in regular conversation with our German counterparts and we are aware of how it's working and how it is not working for some clubs where the numbers are higher.

"Like everything, you have to start somewhere and just to do it would be fantastic. Football needs its voice back, we need fans back in the stadiums to provide that missing ingredient.

"Having fans back, even if it is not exclusively across the league, has given German football a massive boost."