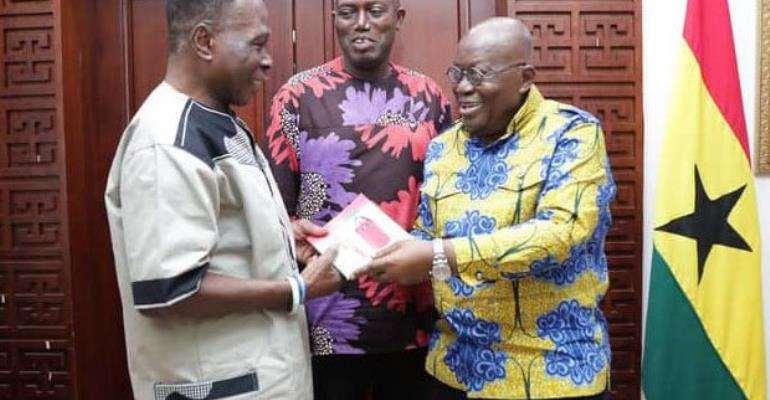 It's important to commend the GBA under the leadership of Peter Zwennes for their efforts and all.

The media landscape in Ghana has been very supportive over the past years.

Former Ghanaian Boxer currently domiciles in Germany, Ray Opoku who ignited the process over the past years must be commended.

GTV SPORTS + under the leadership of George Lomotey reignited the long-awaited issue involving DK Poison and the 45,000 US dollars couple of months ago with a chilling and exclusive interview with the former boxing Champion. And onward programmes on all their News bulletins via TV and Radio across the country and the world at large.

The programme, Night of Total Boxing (part 1&2) which was broadcasted twice and repeated several times raised public eyebrows that led to several interviews on other media outlets.

GTV SPORTS + had the exclusive video of the fight and all.

Information available indicates that the Ghana Boxing Authority(GBA)had the confirmation letter from the Presidency for the payment of the $45,000 since September 29,2020. In other words, the letter that has gone viral this morning has already been transmitted to the GBA long before today.

GTV SPORTS + and all other media houses must be commended for their efforts in helping to achieve such a milestone.

The feedback after the GTV SPORTS + exclusive interview with DK Poison from Government and stakeholders in Ghana and abroad was very insightful and may actually motivate the government to fast-track the payment process.

DK Poison indicated that for the first time in his life during and after the GTV SPORTS + broadcast of his interview he actually received countless phone calls from family members and friends who he never heard from over the past 15 and 20 years.

Your independence will be respected – Akufo-Addo assures new...
29 minutes ago

He has the capacity, intellectual strength to succeed – Akuf...
34 minutes ago