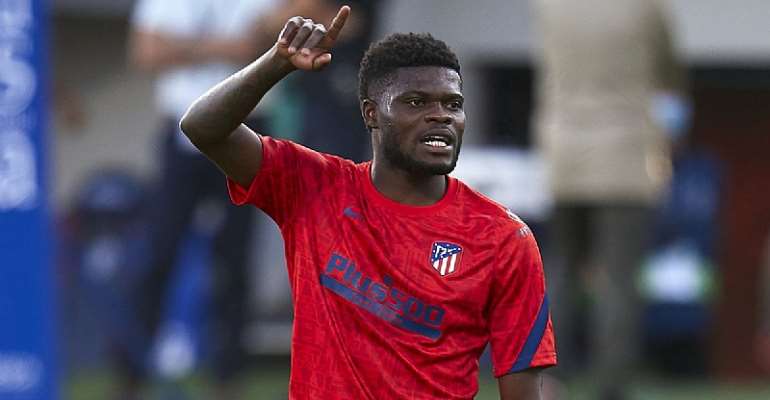 According to Goal, Arsenal have submitted a bid of £45m for the midfielder on transfer deadline day.

Partey has been a prime target for the Premier League giants. Chelsea were hoping to hijack the move but the Gunners are on the verge of wrapping up a deal for the midfielder.

"It seems Thomas Partey will be an Arsenal player by the end of the day. It seems Arsenal are going to pay the famous clause we've been talking about, more or less £45m," Montero told Sky Sports.

"I think he's going to be one of the best midfielders in Europe. He defends, he attacks, he scores, he is a typical box-to-box Premier League player. I think it's going to be a very good investment for Arsenal.

Partey is expected to undergo medicals in Spain before joining his Arsenal teammates after the international break.

The 27-year-old was expected to join the camp of the Black Stars today ahead of their friendly matches against Mali and Qatar on October 9 and 12 in Turkey.

The dynamic midfielder will sign a four-year deal and will pocket £250,000 weekly.