Striker John Antwi, 2 Others Ruled Out Of Ghana’s Friendly Games Against Mali, Qatar 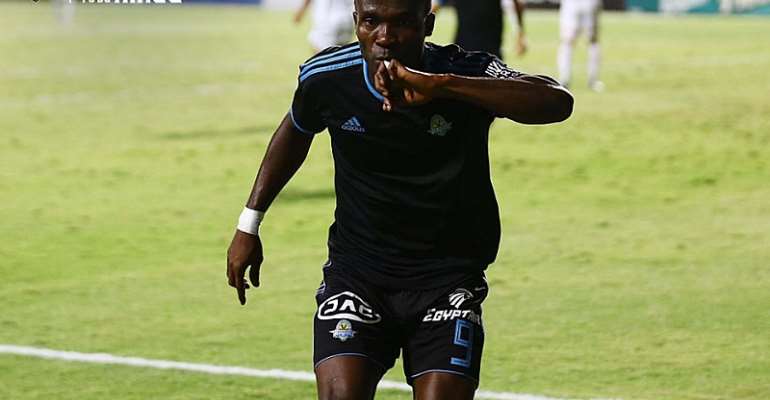 Striker John Antwi, goalkeeper Richard Ofori, and defender Lumor Agbenyenu have been ruled out of Ghana’s friendly matches against Mali and Qatar, Modernghana Sports can report.

The 3 players were part of the 23-man squad announced by Black Stars head coach C.K Akonnor on September 25.

Unfortunately, they have all had complications with the application for a visa to Turkey where the friendly games will be staged.

Due to that, the Ghana Football Association (GFA) has on Sunday evening confirmed that the players will miss the games against Mali and Qatar.

Below is the official communique from the Ghana FA:

Goalkeeper Richard Ofori will miss Ghana’s friendly games against Mali and Qatar. The South Africa based shot stopper who has been Ghana’s safest pair of hands since 2016, is been ruled out of the games because his work permit has expired and would require at least, two weeks for it to be renewed. Coach C.K Akonnor, now has two goalkeepers, Lawrence Ati-Zigi and Razak Abalora, available for selection.

John Antwi
The Pyramid’s FC top marksman is one of the players who wouldn’t make it to Turkey following difficulties to secure a visa to travel to Antalya. John’s work permit has also expired and would need not less than two weeks to secure a new one.

Lumor Agbebyenu
The Sporting Lisbon left back who played on loan at Real Mallorca last season could also not apply for visa due to work permit complications.

Kudus Mohammed
The Ajax Amsterdam midfielder is a doubt for the games, but the GFA is insisting that he travels to Turkey on Tuesday for assessment. The former Right to Dream Academy man was left out of the Ajax squad for Sunday’s Dutch League game against FC Groningen after sustaining an injury in training on Thursday.