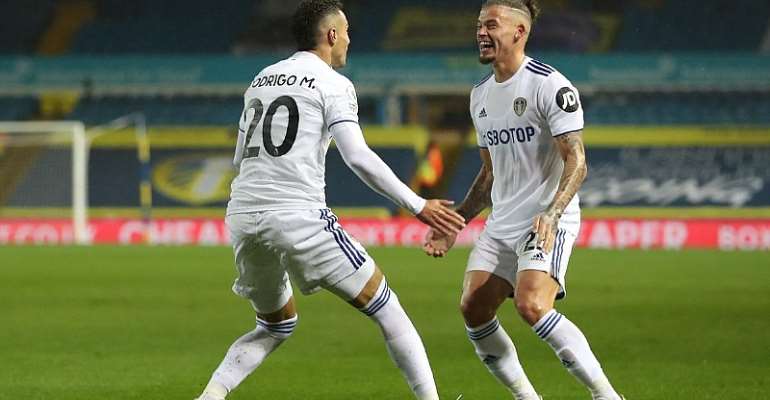 Manchester City and Leeds United shared the points in a entertaining 1-1 draw at a rain-drenched Elland Road.

The visitors were rampant from the first whistle and Kevin De Bruyne had already hit the post before Raheem Sterling placed City in front after 17 minutes.

Thereafter Leeds came into it more, with Ederson forced to make point-blank saves from Stuart Dallas and Luke Ayling.

Leeds’ manager Marcelo Bielsa made some attacking changes early in the second half. One of his substitutes, Rodrigo, came off the bench to score an equaliser within three minutes after Ederson dropped a corner kick at his feet.

Both teams then went at each other in a relentless last quarter of the game, with neither side able to find a winning goal.

The draw moves Leeds up to fifth in the Premier League and Manchester City up to tenth.