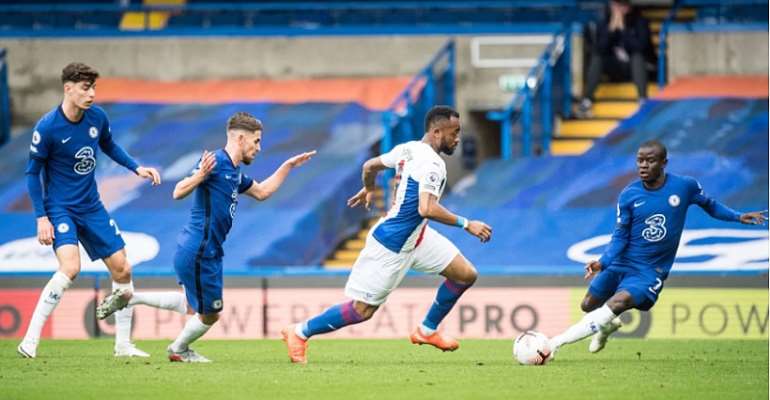 Crystal Palace suffered a 4:0 demolition by Chelsea on Saturday at Stamford Bridge.

After a goalless first half, Chelsea came back stronger in the second half of the game with new signing Ben Chilwell scoring his first goal for the club on the 50th minute.

Defender Kurt Zouma doubled the lead with a header in the 66th minute.

However, Italian star, Jorginho scored two late penalties to seal the win for Frank Lampard's side.

Meanwhile, Jordan Ayew enjoyed the full 90 minutes for his side and was rated 6.5 for his performance.

The defeat has sent Palace to the 8th position on the league log with 6 points.