Arsenal Win After Taking Liverpool To Penalties In Carabao Cup 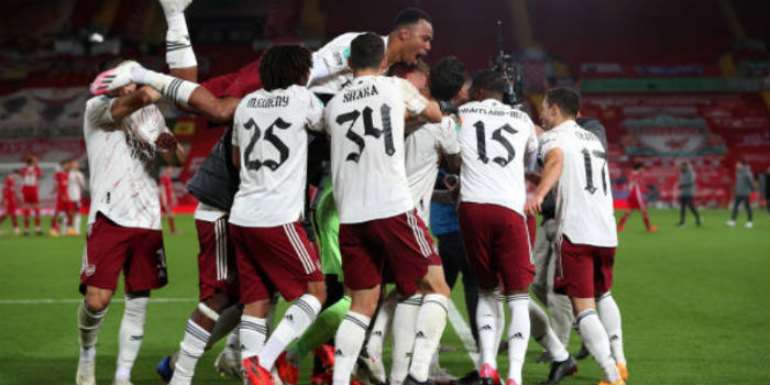 Arsenal are through to the quarter-finals of the Carabao Cup after defeating Liverpool on penalties on a forgettable night at Anfield.

Jurgen Klopp and Mikel Arteta made plenty of changes from the sides’ game on Monday - nine and eight respectively - and it showed, with a cagey first half lacking cutting edge.

Eddie Nketiah squandered a good Arsenal chance early on, trying to round Adrian when found in space, eight yards from goal. It was their only chance of note in the first 45 minutes.

Liverpool’s best chance came on the stroke of the interval after a Hollywood save from Bernd Leno sent the ball into the path of Takumi Minamino, but the Japanese could not adjust he feet quick enough and sent the ball crashing into the crossbar.

The hosts were improved in the second half and called Leno into action several times, but Diogo Jota, Virgil van Dijk and Marko Grujic were all denied by the German. Rob Holding had Arsenal’s best chance but headed straight at the Liverpool goalkeeper.

Penalties were needed to separate the sides and to see either goalkeeper beaten and Harry Wilson's miss cost the home side the tie. Joe Willock's penalty sent Arsenal through as it dribbled over the line despite Adrian getting a hand on the ball.