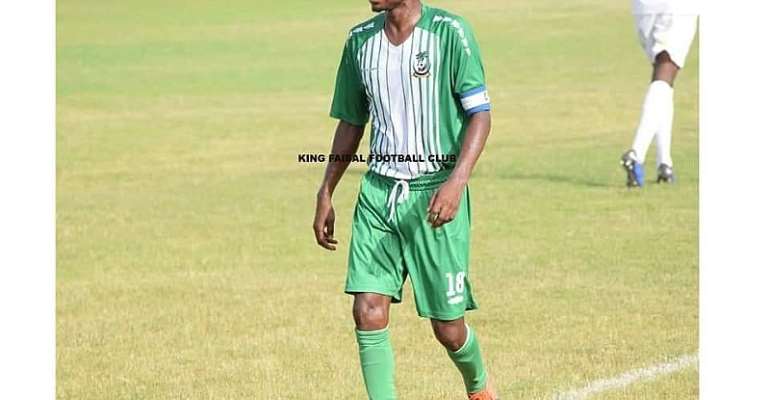 King Faisal Football Club has confirmed that they have severed ties with midfielder Mujeeb Abdul Hakeem ahead of the start of the 2020/2021 football season.

The club after struggling during the last football season has set sight on doing better in the upcoming season.

The team has hence decided to let go of some players to make room for new additions to add needed quality.

Following the release of veteran midfielder Daniel Nii Adjei earlier today, King Faisal has this evening announced that they have parted ways with Mujeeb Abdul Hakeem as well.

“King Faisal FC and Mujeeb Abdul Hakeem have mutually agreed to part ways”, a club statement on Twitter has said.

“We would like to thank Mujeeb for his dedicated service over the last two years. We wish Mujeeb the best of luck in his career”, club Sporting Director Nana Amankwah Kwakye added.

According to reports, King Faisal is in advanced talks with a few top players and will seal their signings in the coming days.