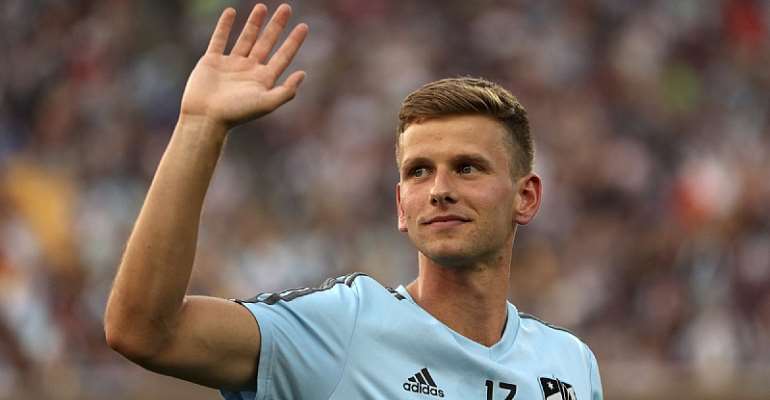 Minnesota United midfielder Collin Martin waves to fans after taking part in a halftime presentation during the team's MLS soccer match against FC Dallas on June 29, 2018, in Minneapolis.Anthony Souffle / Star Tribune via AP

San Diego’s professional soccer team walked off the field during a match that it was winning on Wednesday after an opposing team member allegedly hurled a homophobic slur at an openly gay player.

“In response, we have decided to walk off the pitch in protest,” the team wrote on Twitter. Martin is openly gay and came out in 2018. At the time he was said to be the only out gay man in any major professional sport in the U.S.

San Diego was winning the match 3-1 when it decided to forfeit, which may also cost the team its playoff hopes, NBC Sports reported.

Phoenix Rising said in a statement that it is "investigating the claim of a homophobic slur being used by one its players who has vehemently denied these allegations. Phoenix Rising stands with the USL in rejecting and punishing any homophobic behaviour."

The United Soccer League also said it is looking into the alleged bigotry.

“Foul and abusive language of any type has absolutely no place in our society and will not be tolerated in USL matches,” the league wrote in a statement late Wednesday. “An investigation is currently underway to determine the facts surrounding the incident and more information will be provided as soon as it is available.”

The San Diego team's action came a week after it walked off the field in another game over an alleged racist comment directed at a Black player by a member of Los Angeles Galaxy. After the Sept. 23 incident, the Galaxy player was suspended for six games by USL Championship and released from the Los Angeles team, NBC Sports reported.