Tyson Fury And Anthony Joshua Bout Could Happen This Year 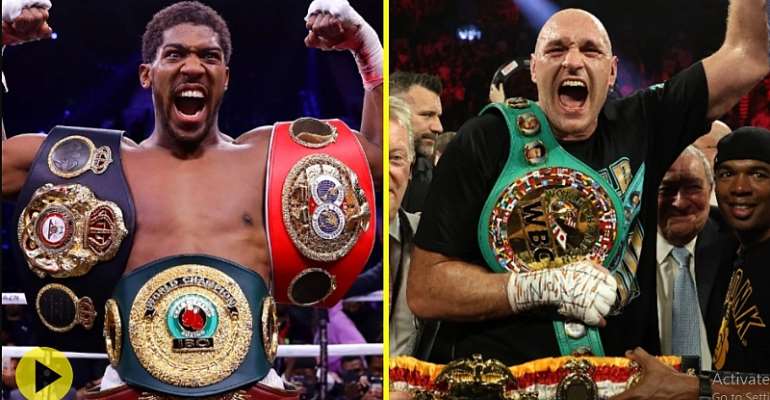 Tyson Fury has called out Anthony Joshua for a fight THIS year, revealing on talkSPORT he is ready to clash with his British heavyweight rival BEFORE the Deontay Wilder trilogy.

Fury vs AJ is one of the most anticipated heavyweight fights in recent memory, and earlier this year financial terms were agreed for the duo to square off in 2021.

Before that bout, however, the ‘Gypsy King’ has his trilogy vs Wilder lined up while Joshua must take on IBF mandatory challenger Kubrat Pulev.

Both fights are expected to take place in December – Joshua vs Pulev on December 12 and Fury vs Wilder one week later – though doubts have been raised over the bouts going ahead due to the ongoing coronavirus pandemic.

AJ’s fight has already been postponed once due to COVID-19, while recent reports claim the December 19 date for Wilder vs Fury 3 is off the table due to a number of NFL games taking place that same day.

But Fury does not want to wait until next year to get his gloves on once again, telling talkSPORT on Thursday afternoon that he is ready to fight NOW – against anyone!

And he even called out AJ to ‘grow a pair’ and get in the ring for one of British boxing’s biggest ever fights.

Speaking on White and Jordan, Fury said: “I’m in very good shape, I’m very ready to fight right now, but the problem is I keep hearing different stories about what’s actually happening in my career.

“I’m supposed to be boxing on December 19 in Las Vegas against Deontay Wilder in the trilogy, but every two days I hear a different story; they’re trying to bring it forward a week or put it back a week, whatever.

“The one thing I want to announce to the world is I will be fighting in December, whether it’s Wilder in Las Vegas, or if it’s Joe Bloggs in England.

“I want to fight now! I’m ready to go today, tomorrow, next week or the next couple of months.

“I made it very clear that if we can’t fight in America I want to come back to the UK and do a homecoming, have a fight here in the UK against whoever, I don’t care.

“With or without a crowd, I don’t care.

“I’m about one hour from going totally AWOL if I don’t hear any news.

“I’ve been training since March, twice a day six days a week, I’m ready for this fight. I’m ready to go.

“Tell AJ to grow a pair and let’s step up in December and fight!

“Let’s get this big AJ fight on, let’s get it on… If Wilder don’t happen, let’s fight in December and give the fans what they want to see.

Asked to confirm if he wants to fight Joshua, Fury replied: “I’ll fight any man born from his mother, I don’t care.

“I’ll destroy all comers, I’m like a seek and destroy missile.

“If this Wilder fight ain’t happening in December, then I’ll step up and I’ll smash Anthony Joshua into next week.”

Six die in accident at Hemang after car crashed into wrongly...
44 minutes ago