I Wanted To Be A Footballer, Says Vice President Dr Bawumia 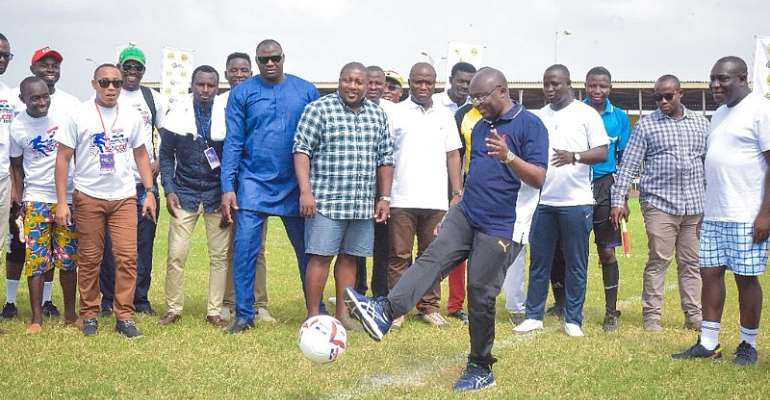 Vice President of the Republic of Ghana, Dr Mahamudu Bawumia has revealed that he wanted to be a footballer when growing up.

Despite his economic background, Dr Bawumia is known to be a football fan.

But in an interview, the vice president recalled that he was an active player in his school team but decided not to play again due the rough tackle by his teammates on the pitch.

"I wanted to be a footballer but my mates were given me tough tackles on the pitch," he told Asempa FM.

"I was short as well so it was a disadvantage to me.

He further revealed that he resorted to playing tennis after leaving the school team.

"I resort to tennis and I was comfortable with that. I was fun though but I am happy with everything," he added.