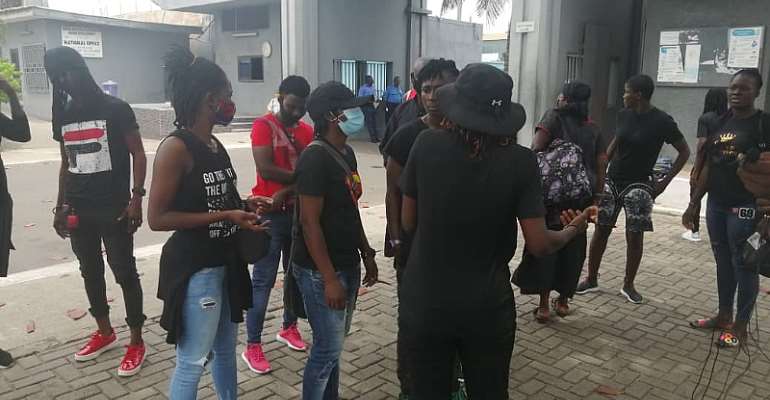 Black Queens goalkeeper, Nana Ama Asantewaa has noted that the team is ready to sleep at the Ministry of Youth and Sports (MoYS) today until their unpaid bonuses are settled.

As reported by Modernghana Sports earlier today, players of the Ghana women’s senior national team who played at the 2015 All Africa Games in Congo have demonstrated from the Accra Sports Stadium to the premises of the MoYS.

According to them, they have embarked on the picketing exercise to demand unpaid bonuses of about $12000.

Speaking to Pure FM in an interview, Nana Ama Asantewaa who was part of the Black Queens team that won gold at the 2015 All Africa Games says they are ready to spend the night at the Ministry until they receive what is due them.

“We are not leaving the Ministries today. We brought our mattresses and are ready to sleep here until our bonuses are paid. We are owed from 2015/16”, the goalkeeper told the Kumasi-based Radio station.

In addition to the unpaid bonuses for the 2015 All Africa Games, the Black Queens players are also owed money for coming in third place at the 2016 Africa Women’s Cup of Nations tournament.