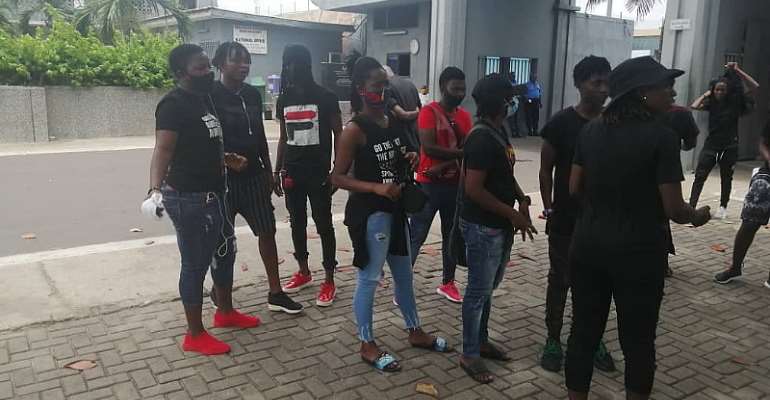 Players of the Black Queens team have demonstrated today to express their grievances to the Ministry of Youth and Sports over unpaid bonuses from winning Gold at the 2015 All Africa Games.

The team under the guidance of Coach Yusif Basigi enjoyed success at the Games which was staged in Congo.

In the final match against Cameroon at the Kintele Stadium, a Portia Boakye goal powered the Ghana senior Women’s national team to an important win as the team lifted the trophy.

Five years on, the players that toiled for the country have not been paid the money from their winnings together with cash promised them in 2016 when they came in 3rd at the 2016 Africa Women’s Cup of Nations tournament in Cameroon.

Today, the players whose bonuses have remained unpaid from 5 years ago have marched from the Accra Sports Stadium to the Ministry of Youth and Sports to demand their money.