'Jose Wasn’t Happy But There Was Nothing I Could Do!' – Eric Dier On Leaving The Pitch 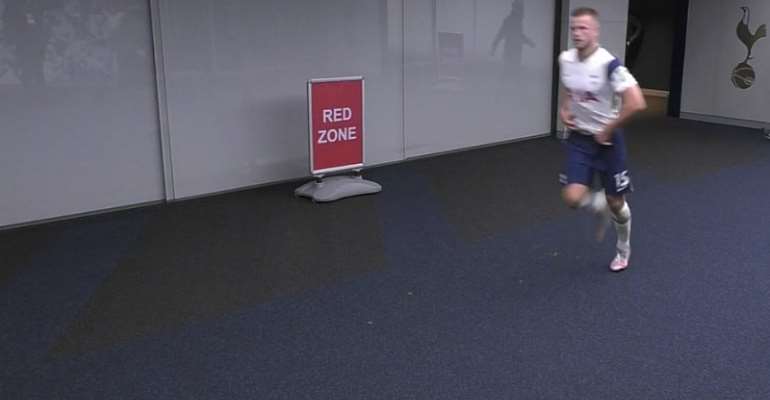 Tottenham Hotspur manager Jose Mourinho was full of praise for Eric Dier after playing twice in 48 hours but neither manager nor player could hide their grins when the latter’s pitch departure in the second half was brought up.

Dier was seen sprinting off the bench in the second half of Spurs’ Carabao Cup victory over Chelsea on penalties and then, rather surprisingly, Mourinho chased after him down the tunnel.

Speaking to Sky Sports afterwards Mourinho explained "He had to go [when he ran off] - he had no chance.

“Maybe it is a normal thing when you are completely dehydrated which is the case, I had to put pressure on him to get back but he is a great example for everybody.

“If the authorities don't care about players, I care.”

Dier echoed his manager's comments, saying with a smile: "After playing on Sunday it wasn't easy, maybe that's the reason I had to run off but we got through it!

“All of the staff and the players put the effort in.

"JOSE WASN'T HAPPY BUT THERE WAS NOTHING I COULD DO ABOUT IT, NATURE WAS CALLING.

“I heard there was a chance while I was off the pitch but thankfully they didn't score."

Mourinho did double down on his praise for Dier, saying that it “was not normal” in what he was able to do.

"We tried to organise a team with the players we had available, What happened to Eric Dier is not normal. I have to praise him in a special way. It should be forbidden for a player to play two games in 48 hours at this level [after he played against Newcastle]. What he did is not human to do.”

Mourinho appeared to have a touchline spat with Chelsea boss Frank Lampard, who he managed during his time at Stamford Bridge.

"With Frank the most important thing is my feelings for him, more than any words we exchanged," said Mourinho. "I will always owe him for everything he gave me as a player...such a player, a friend and a professional."