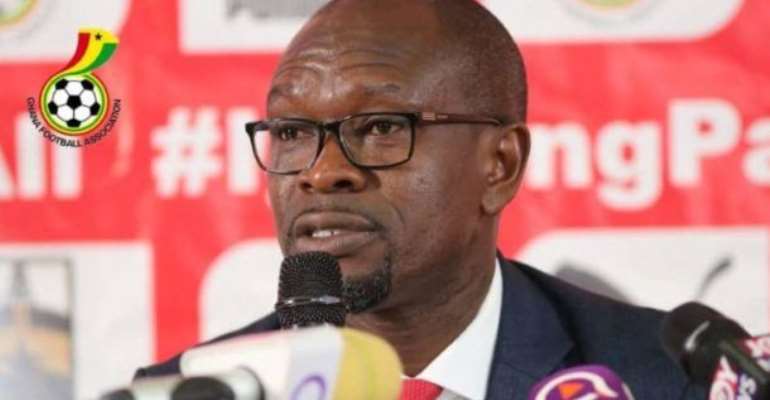 Lawyer Prosper Harrison Addo, the General Secretary of the Ghana Football Association has said the Black Stars coach Charles Akonnor and his deputy David Duncan willingly accepted for their monthly salaries to be slashed.

This comes after the Youth and Sports Minister, Isaac Asiamah in an interview said Akonnor will have to accept pay cut due to the impact of coronavirus.

“I have told the coach [Akonnor] to accept a salary cut in the COVID-19 period before we pay him," he told Adom TV.

“The Sports Ministry and the Ghana Football Association are negotiating that we reduce his salary during these difficult times.

“I know he [CK Akonnor] will agree because we are not in normal times, I will not lie. The truth is that we cannot pay CK Akonnor’s full salary in these difficult times,” he added.

But according to the General Secretary for the GFA, the coaches have agreed to the pay cut proposal from the Minister of Youth and Sports.

"The two (CK Akonnor and David Duncan) agreed during the COVID period that they would like to contribute something, so the Ministry of Youth and Sports also embraced," Prosper Addo said on Nhyira FM.

"I personally wanted the two coaches to go out there and say since it was their involvement, willingness to do this so that they would tell the public.

"I am of the view that some of these things are best left to the people involved," he concluded.

CK Akonnor and his deputy David Duncan who are yet to receive their monthly salaries since their appointment in January.