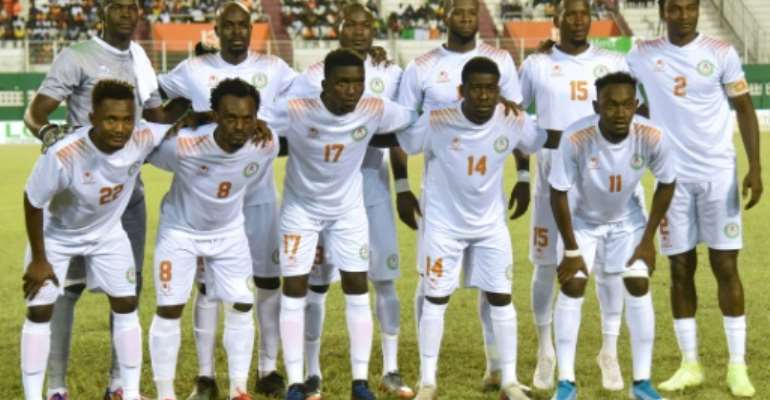 US Monastir ended a 97-year pursuit of a Tunisian trophy by shocking treble-seeking Esperance 2-0 to win the FA Cup final.

The unanticipated triumph completed a memorable season for the club from the Mediterranean tourist resort, who finished third in the league behind Esperance and CS Sfaxien.

Third place secured Monastir a first appearance in a Confederation of African Football (CAF) competition and they will participate in the second-tier Confederation Cup next season.

Here, AFP Sport rounds up football news from across the continent:

Four-time African champions Esperance fell at the final hurdle in pursuit of a Tunisian treble having won the league with an unbeaten 26-match record, then the Super Cup.

The Blood and Gold were the architects of their downfall with Algerian Abdelkader Bedrane conceding an own goal as half-time approached.

Yassine Amri scored on 82 minutes to seal success for Monastir, whose joy was diluted by the fact that the historic triumph came behind closed doors owing to the coronavirus.

Jean-Michel Cavalli has replaced fellow Frenchman Jean-Guy Wallemme as Niger coach with the task of lifting the team off the bottom of a 2021 Africa Cup of Nations qualifying group.

The country ranked 28th in Africa and 112th in the world started their Group K campaign with a 1-0 loss in the Ivory Coast, then suffered a 6-2 drubbing at home from Madagascar.

Niger have home and away games against Ethiopia in November and a minimum of four points will be needed to get them into contention for a top-two finish and qualification for the finals.

Mumamba Numba has set the bar high after being named coach of Zambian giants Zesco United in succession to sacked George Lwandamina.

"My dream is to assemble a formidable squad that can conquer Africa," said Numba, referring to a feat only one Zambian club, Power Dynamos, has achieved in 48 years.

Lwandamina paid the price for finishing fifth in the championship, which excluded the club from the two 2020/2021 CAF competitions.

His immediate task is to ensure the White Knights hold on to the second place behind Egyptian Premier League winners Al Ahly and qualify for the 2020/2021 CAF Champions League.

Then, he must prepare for a two-leg 2019/2020 Champions League semi-final against Raja Casablanca in October as Zamalek seek to win the competition for the first time in 18 years.

French coach and former national team winger Didier Six, 66, has chosen Guineans based in 18 countries for friendlies against Cape Verde and the Gambia in Portugal next month.

Liverpool midfielder Naby Keita is the only English Premier League representative for the warm-up games ahead of back-to-back Cup of Nations qualifiers against Chad in November.

While he can play right-back, the 30-year-old is more likely to partner veteran Pirates captain Happy Jele in the centre of defence.

African champions Algeria will play a friendly on October 9 in Austria against Nigeria -- a repeat of the dramatic 2019 Cup of Nations semi-final.

With extra time looming in Cairo last July, captain Riyad Mahrez scored direct from a free-kick to snatch a 2-1 victory for the Desert Foxes over the Super Eagles.

Algeria will also meet Mexico, in the Netherlands, on October 13 during the nine-day FIFA international window.