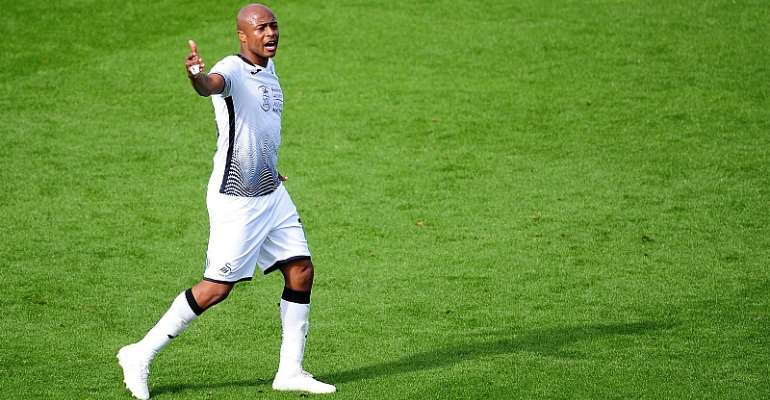 Swansea City star Andre Ayew makes the Modernghana Sports ‘Team of the Week’ for the first time in 3 weeks following his outstanding performance for his club in their away win against Wycombe Wanderers FC.

The team is compiled by partners and top statistics providers, SofaScore at the end of every weekend to assess the performance of Ghanaian players abroad.

In the third edition, Andre Ayew tops the best eleven as he comes through with a high rating of 8.3 on the back of his stellar performance for Swansea City on Saturday afternoon.

The highly-rated forward was in action for the Swans on Matchday 3 of the ongoing English Championship season at the Adams Park and inspired the team to pick up all 3 points.

Not only did the left-footed attacker score his first goal of the season but he also assisted Jamal Lowe for his first goal for Swansea City since joining the club this summer.

Ayew’s detailed stats against Wycombe below:

Andre Ayew, 33, is joined in the attack of the team by Raphael Dwamena and Kadiri Mohammed who both scored for Vejle Boldklub and Arsenal Tula respectively over the weekend.

In midfield, Majeed Ashimeru earned the spotlight with his 8.2 ratings merited on the back of his excellent display for Red Bull Salzburg in the team’s 3-1 win against Ried in the Austrian Bundesliga.

Check out the full team below: