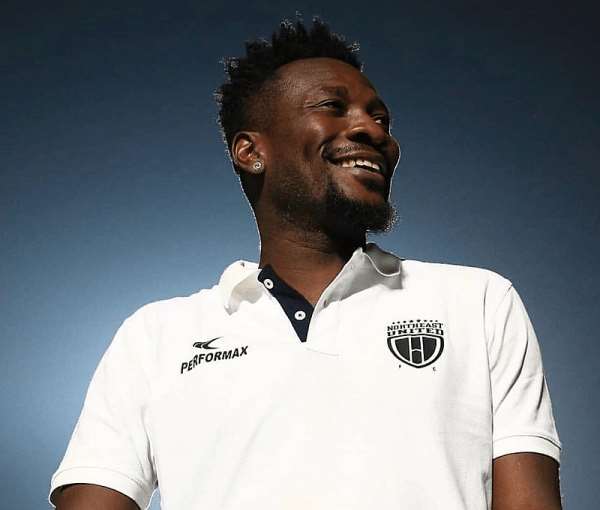 Ghana legend, Asamoah Gyan is demanding $400,000 before he makes a move to join Asante Kotoko.

Gyan has openly confirmed he would play for the Ghana Premier League heavyweight before he finally hangs his boots.

But reports circulating in the media indicate the 34-year-old is only willing to join should the Ghanaian giants be prepared to offer whopping sum of $400,000.

Kotoko is keen to boost their squad depth ahead of the upcoming 2020/21 CAF Champions League campaign and the Ghana Premier League season.

Gyan remains the country's top goalscorer with 51 goals and Africa's highest goalscorer in teh history of the FIFA World Cup.

He was a key player when Ghana qualified for the 2006 World Cup in Germany.

Gyan further propelled the country to play in the 2010 and 2014 World Cup respectively.