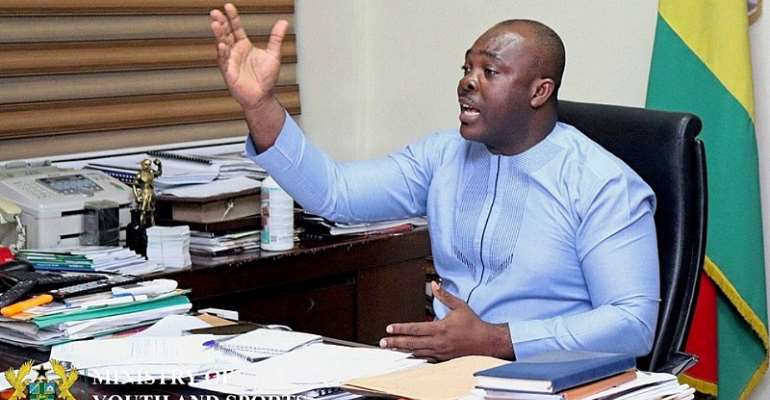 The sector minister's comments come after the Communications Director for the NDC, Sammy Gyamfi in an interview said local players in the Ghana Premier League will receive an average salary of GH₵1,500 with support from their next government.

Some players have been calling for a minimum wage law to be enforced to ensure that players in Ghana are paid well to avoid player transfer exodus outside the country.

The new NDC manifesto promised the launch of a sports fund that will be dedicated to sports development in the country.

“The NDC will establish a sports development fund. The government will furnish the account with enough money and also generate some from corporate bodies”, Sammy Gyamfi told Kumasi FM.

“Every club that plays in the premier league will be supported with funds to settle player salaries, an average money of GHC 1,500 will be paid to each player.

“However, clubs that transfer players abroad will give a percentage of the money they earn into the sports fund.”

But the Youth and Sports Minister, Isaac Asiamah on Fire-for-Fire on Adom TV says the proposal is not realistic,

"They have been in power before why didn't they implement that?

"The NPP has started doing good things for the development of our football and building of infrastructure to help develop our game.

"We have the YEA program which is running at the money and supporting clubs playing in Africa with huge money so I don't see them even delivering on their promises.

"I don't trust them because when they had the opportunity, they messed up our game," he added.