I Am Ready To Accept Black Stars Call Up - Adam Kwarasey 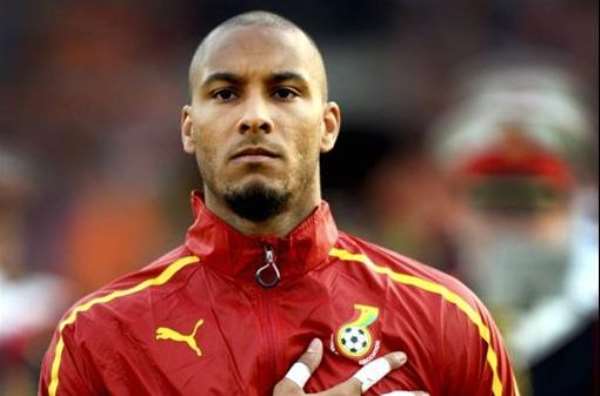 Adam Larsen Kwarasey has said he is ready to welcome a call up to the Ghana national team, the Black Stars.

The 32-year-old has been out of the national team after the 2014 World Cup in Brazil.

In an interview with Citi FM, Kwarasey said he still remains committed to the Black Stars despite not featuring competitively for Ghana since the 2014 World Cup and not being named in any squad since 2017.

He stressed that he will honour a future call-up to the side as long as he is fit and will be happy to serve as backup as long as the decision is in the best interest of the team.

“If I’m fit, I will always do that. If I play or not doesn’t matter for me as long you make a decision that you think is best for the team.

“And of course, if I’m the one chosen to play, prepare me for the game so I can have the best possible preparations to have a good performance for our team,” he said.

Kwarasey also dismissed reports that he regrets choosing to represent Ghana over Norway, despite being frozen out of the squad.

According to him representing Ghana was a huge moment in his career, one that he had always hoped for.

“That is not true at all. I’m really happy and grateful that I have been allowed to represent Ghana.

"I love wearing that jersey and, for me, that was the only thing I have ever wanted in terms of national team football.

“I wish we could have accomplished more, of course, and that I could have been part of that,” he added.

Kwarasey featured prominently at the 2012 AFCON tournament for Ghana as they reached the semi-finals. He was also named in the squad for the 2013 tournament.

He also started Ghana’s first game at the 2014 World Cup but was frozen out of the squad after the Stars lost 2-1 to the USA, with claims that senior players had demanded his removal from the team.