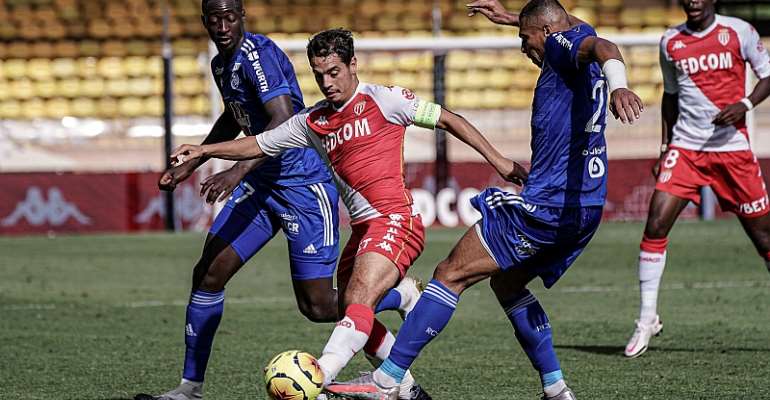 Defender Alexander Djiku sadly picked up an injury on Sunday afternoon while in action for his RC Strasbourg side in the team’s dramatic 3-2 defeat to AS Monaco in the French Ligue 1.

Just last Friday, the French-born defender who has Ghanaian roots was handed his maiden call-up to play for the Black Stars team in an upcoming friendly match against Mali next month.

Featuring for his team today, Alexander Djiku could not go the distance and had to be substituted after 56 minutes of play.

The center-back who can also play in midfield received a knock and signaled to be substituted due to the pain he was going through.

While it comes as a big blow, it is not yet certain if the injury has the potential to call for his replacement in the Black Stars team.

It is understood that the 26-year old will have to undergo an assessment on Monday to ascertain the extent of his injury.

If Djiku gets to recover in time before the upcoming international break, he should be good to report for Ghana’s friendly encounter against Mali on October 9 in Antalya, Turkey.