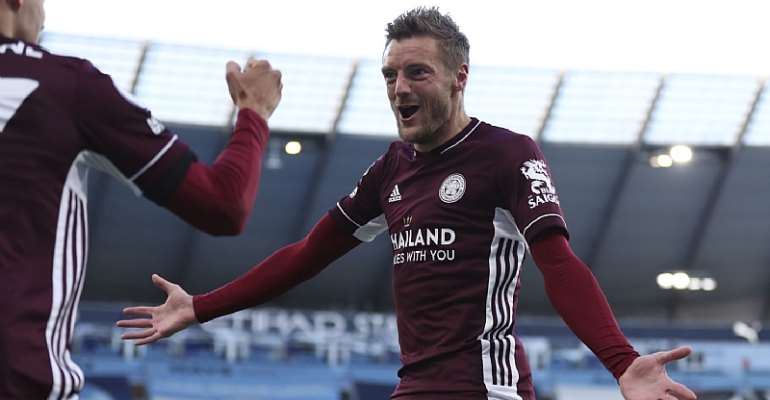 English forward Jamie Vardy put up a 5-star performance on Sunday evening to power his Leicester City side to a resounding 5-2 win against Manchester City in the Premier League.

The Foxes visited the Etihad Stadium to honour a date with the Citizens on Matchday 3 of the recently started 2020/2021 football season.

The game which rained goals saw Algerian star Riyad Mahrez scoring after just 4 minutes of play to shoot Manchester City into the lead.

After going behind, Leicester City fought back and managed to draw level before halftime courtesy a penalty kick converted by poster boy Jamie Vardy.

After recess, the pacey forward displayed lethal form in front of goal and scored in quick succession on the 54th and 58th minute respectively to complete a sensational hat-trick.

Jamie Vardy, 33, lasted 85 minutes of the encounter as he merited an enviable rating of 9.6 from Modernghana Sports partners SofaScore for his outstanding performance.

The results see the Foxes moving to the top of the standings of the English Premier League.