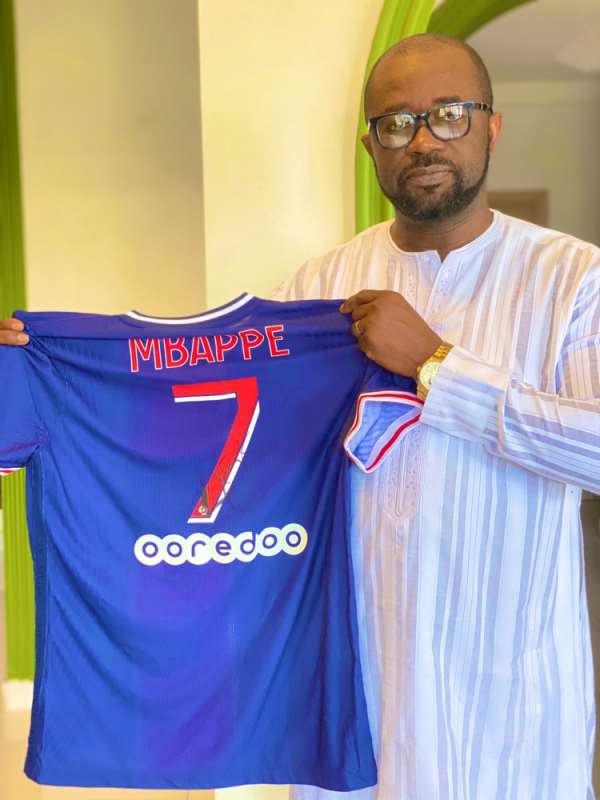 The President of the Ghana Football Association (GFA), Kurt E.S Okraku has received a signed jersey from Paris Saint-Germain forward Kylian Mbappé as a gift.

It is unclear what is behind the gesture from one of football’s best players at the moment but Mr. Kurt Okraku has expressed his delight while extending his appreciation.

“A pleasant surprise from Kylian Mbappé. Amazing! merci beacoup!”, the Ghana FA president said in a post on his Twitter page.

In the post, the leader of the country’s football governing body is captured in a pose with the jersey which has been engraved with the signature of France senior national team superstar.

Kylian Mbappé, 21, remains a star at PSG and was instrumental for the French giants en route to playing at the Uefa Champions League finals where they, unfortunately, lost to Bayern Munich.

Besides several individual accolades, he has won the French Ligue 1 title on multiple occasions alongside his FIFA World Cup medal.