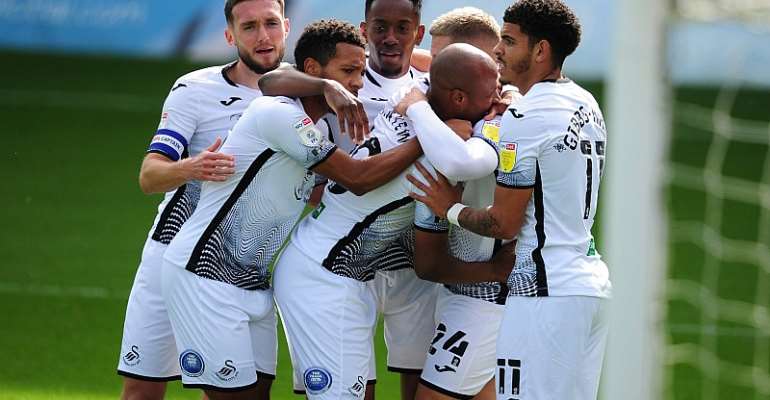 Ghana forward, Andre Ayew has extended his congratulations to Swansea City teammate Jamal Lowe after the attacker scored his first goal for the club on Saturday afternoon.

Lowe, 26, joined the Swans from Wigan Athletic in August prior to the start of the 2020/2021 football season in England.

In his first 2 games for Swansea City, he managed to impress but failed to register his name on the scoresheet.

In Matchday 3 encounter against Wycombe Wanderers yesterday, Jamal Lowe finally had his breakthrough as he scored in Swansea City’s 2-0 win on the road in the English Championship.

In a Twitter post at the end of the game, Andre Ayew who assisted the summer signing for his goal has congratulated him as he rallies his teammates to keep working.