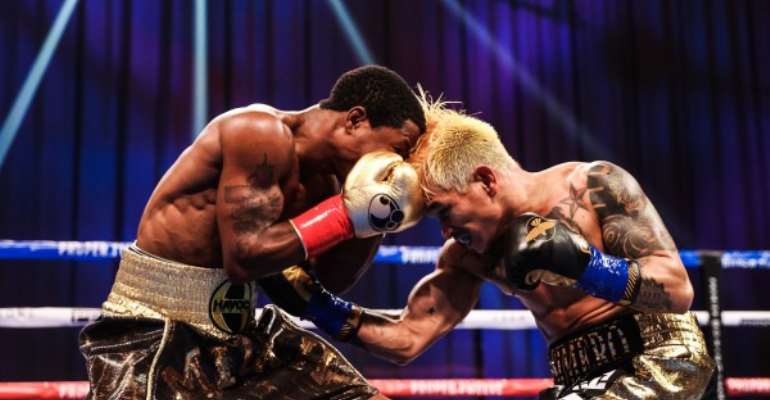 Pilipino star boxer John Riel Casimero made a successful defense of his WBO bantamweight crown as he knocked out Ghana’s Duke Micah in the third round of their title fight in Connecticut, USA.

The 30-year-old Filipino dominated Duke Micah throughout with a series of punishing body blows, setting a frenetic pace from the opening bell at the Mohegan Sun Arena in Uncasville.

Casimero, who improved to 30-4, with 21 knockouts, had Micah in trouble in the second round, sending the challenger crashing to the canvas with a left hook that left the Ghanaian clinging on.

Micah managed to survive into the third round, but with Casimero sensing victory, the Filipino launched an early onslaught and when a left followed by a right uppercut left Micah reeling, the referee stepped in to end the bout and earn a third-round TKO victory for Casimero.

Duke Micah ahead of this bout was very confident of securing a famous victory over the reigning champion from the Philippines.

Many boxing fans in Ghana tipped Micah to put up a good show, but he failed to glitter.