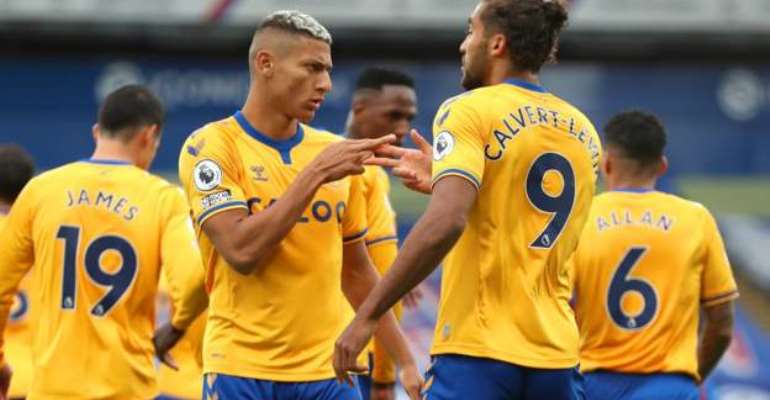 Dominic-Calvert Lewin believes "exciting times" lie ahead for Everton after the Toffees continued their perfect start to the season with a deserved victory against Crystal Palace at Selhurst Park.

Calvert-Lewin's fifth league goal of the season opened the scoring for the Toffees following neat build-up from James Rodriguez and Seamus Coleman.

"I thought it wasn't our best performance today but we stuck in there and got the result to keep the momentum going," said the 23-year-old striker.

"It's early days but we're looking to build on every game, the more we're training together.

"It's exciting times, but we're not getting carried away."

Everton had chances to extend their lead in the second half, but Calvert-Lewin shinned Rodriguez's corner past the post before Colombian Rodriguez had a goal-bound shot blocked by Mamadou Sakho.

Palace saw more of the ball in the closing stages but failed to trouble Jordan Pickford in the Toffees' goal.

The win lifted Carlo Ancelotti's side to the top of the Premier League.

NDC’s Manifesto Has ‘Aroused Sleepy Conscience’ Of Akufo-Add...
17 minutes ago