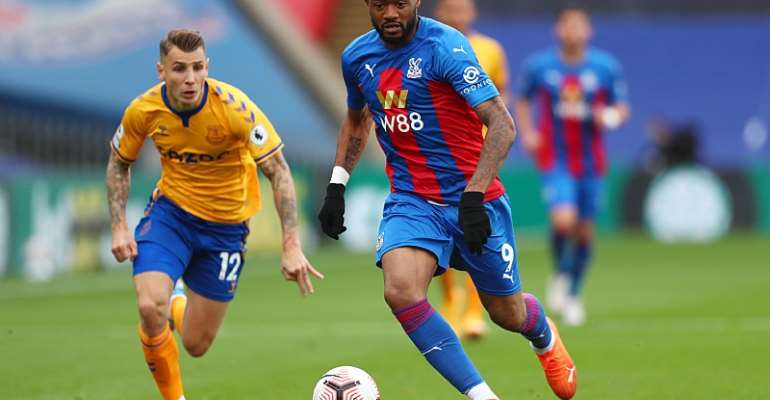 Ghana international Jordan Ayew was in action for his Crystal Palace outfit on Saturday afternoon when the team suffered a 2-1 defeat to Everton at the Selhurst Park.

The London-based club has enjoyed a good start to the 2020/2021 English Premier League season and hosted the Merseyside club today looking for a third consecutive victory.

The Eagles after going down fought back and equalized through Cheikhou Kouyaté on the 26th minute when he headed home a corner kick from Andros Townsend to draw parity for his side.

Despite gaining momentum, Crystal Palace failed to capitalize and gave away a penalty on the 40th minute.

Brazilian winger Richarlison stepped up and coolly converted to restore the lead for Everton to ensure the side went into the break well on their way to victory.

In a game that failed to produce a goal in the second half, Ghana’s Jordan Ayew lasted 82 minutes before his place was taken by Christian Benteke.

While his goal drought continues to 3 games since the start of the season, the forward failed to have an impact today as well. He only managed a 6.5 rating from SofaScore after failing to register a shot at goal.