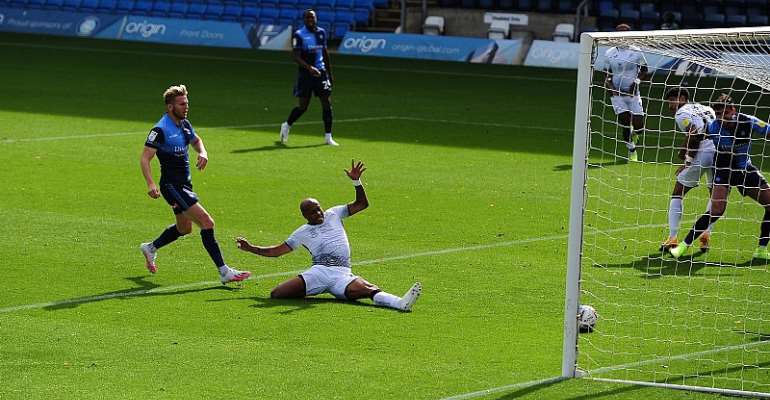 Ghana captain Andre Dede Ayew starred for his Swansea City outfit on Saturday afternoon to inspire the side to a 2-0 away win against Wycombe Wanderers F.C at the Adams Park.

The Swans played away to the newly-promoted side in a Matchday 3 fixture of the recently started 2020/2021 English Championship season.

Though Andre Ayew had featured in all two of Swansea City’s previous games, the forward failed to find the back of the net.

After building on his decent form from those 2 games, the highly-rated attacker has finally opened his goal-scoring account for the season.

Ayew on the matchday showed good positioning inside the home team’s area and slotted home an inviting cross from Jake Bidwell on the 13th minute.

Ten minutes later, the Ghana poster boy displayed his creativity to set up a goal for summer signing Jamal Lowe. The player who is of Ghanaian descent made no mistake and scored to double the lead for Swansea City before the break.

Having lasted the entire duration of the game against Wycombe, Andre Ayew merited the highest rating [8.3, joint with Jake Bidwell] from Modernghana Sports partners SofaScore.

Though Wycombe Wanderers put up a good fight in the second half, they barely threatened the Swansea City team.

With no goals at the end of the second half, Andre Ayew and his teammates return to Wales with all 3 points and are now undefeated after 3 games into the English Championship season.