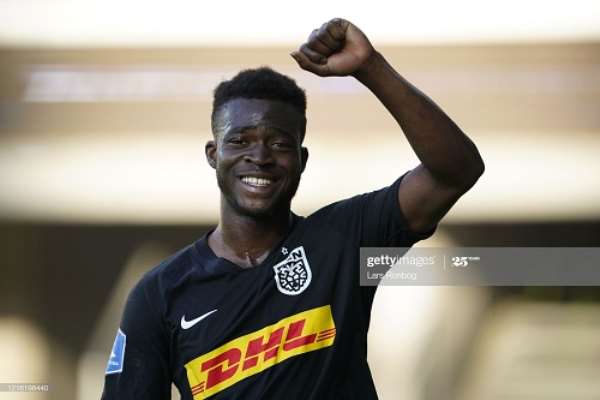 The head coach for the Black Stars, C.K Akonnor has indicated that the inclusion of teenager Kamal Deen Sulemana in the team is to assess him and see him learn from experienced players to help his development.

The FC Nordsjaelland forward has this year been a revelation for his team in the Danish Superliga and has been tipped for a bigger role at the club following the departure of compatriot Mohammed Kudus.

Today, Kamal Deen Sulemana has been handed an invite to the Black Stars team for the upcoming international friendly game against Mali on October 9.

Explaining the rationale behind inviting the 18-year old, Coach CK Akonnor has said that it is part of a plan to gradually develop him into one of the regulars in the national team.

“Good player, young and I think he needs patience and time. I think we need to start developing and looking at the next 4 or 5 years, these are the guys and once we are able to start with people like that, we will be motivating them slowly. We are not going to push them too much but slowly develop them into the team. He reminds me of Jeremy Doku but unfortunately, he is gone for Belgium”, Coach CK Akonnor told the Media team of the GFA after naming his squad.

He continued, “He has that kind of style and ability to play like him and I think it is necessary to bring him to have a look at him and also to be around the team to see the likes of Dede Ayew the captain, Jordan Ayew and others who will help him to be a better player in the National team”.