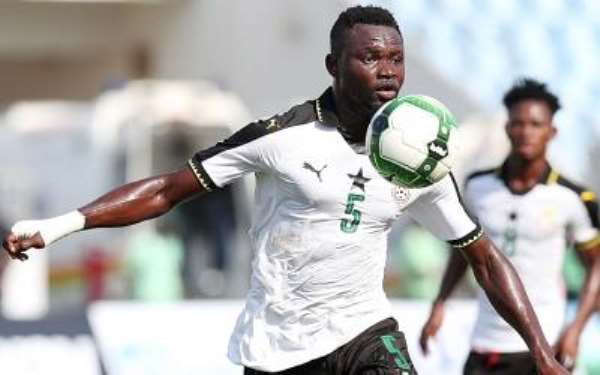 Former Hearts of Oak defender, Vincent Atinga has emphasized that he will command a regular position in the Black Stars team in the next 2 years.

The highly-rated center-back is currently playing his football in Kuwait with top-flight league outfit Al-Shabab.

In the last couple of years, he has made a name for himself in the Gulf country and has managed to establish himself as one of the best defenders in the Kuwaiti league.

Speaking to Akoma FM, Vincent Atinga has shared that all he needs is 20 minutes to prove that he is ready to play for the Ghana senior national team.

“I don't need ninety minutes in Black Stars. I don't even need forty-five minutes. All I need is 20 minutes to prove something to Ghanaians”, the defender said.

According to Atinga, he is confident after 2 years he would have cemented a position in the national team of his home country.

“I have given myself just 2 years to command regular position in Black Stars”, the ex-Hearts of Oak captain shared.