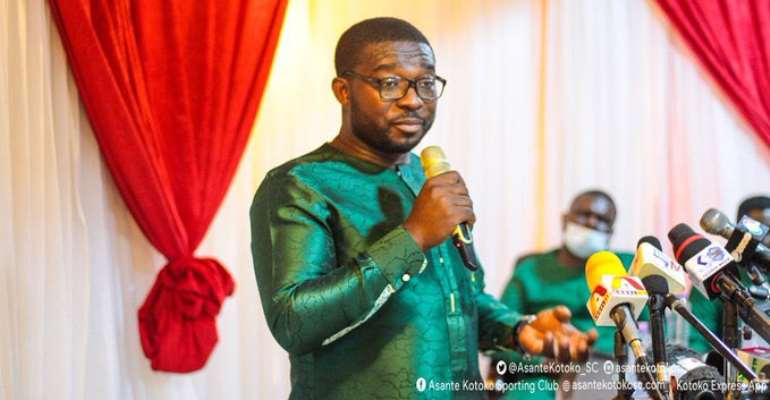 The Chief Executive Officer [CEO] of Asante Kotoko, Nana Yaw Amponsah is set to meet the accident victims in the coming days.

The Porcupine Warriors were involved in an accident returning to Kumasi after honouring a Ghana Premier League match against Inter Allies at the Tema stadium.

The team’s bus ran into a stationary truck in Nkawkaw, resulting in the death of equipment officer Thomas Obeng Asare while some members of the technical and playing body suffered various degrees of injuries.

The club received donations of cash and items from the public following the incident.

However, players have consistently demanded their compensation following the accident.

The likes of Isaac Amoako and other players have openly expressed their displeasure due to the treatment from the past management.

But the new Kotoko management is set to meet all the victims to settle them as part of the process of moving the club forward.

Local reports suggest that Nana Yaw Amponsah is doing that in order to have a smooth relationship with former players of the club.

The Kotoko management have started their job in helping the board of directors to achieve their mandate as meted out to them by Manhyia following their inauguration.

The Kotoko management have been given a three-year mandate to restore the pride of the club.