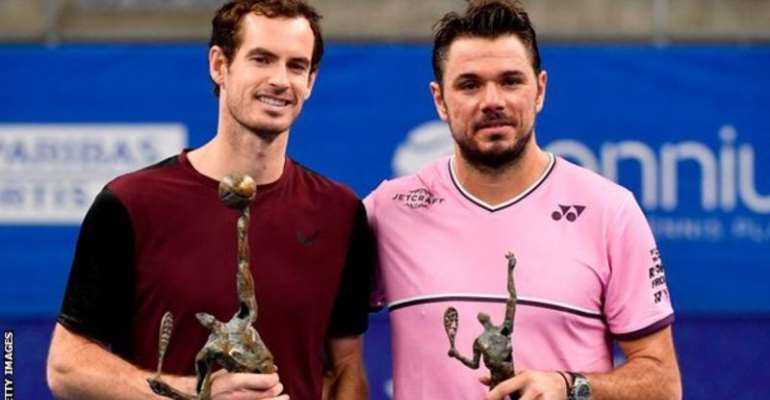 Murray and Wawrinka last met in October's European Open final in Antwerp, with the Scot winning to claim his first singles title since hip surgery

Andy Murray will meet fellow three-time Grand Slam champion Stan Wawrinka in the French Open first round - the man whom the Briton played in his last match on the Paris clay in 2017.

However, British number two Kyle Edmund has pulled out with a knee injury.

Edmund's withdrawal means there will be six British players taking part in the singles, which start at Roland Garros in Paris on Sunday.

The first-round matches in the men's and women's singles take place across the first three days.

The fortnight-long tournament is usually held at the end of May and the start of June but was postponed to this new date because of the coronavirus pandemic.

Tournament director Guy Forget still hopes 5,000 fans will be allowed in to watch, despite the French government banning public gatherings of more than 1,000 people in cities like Paris.

"We feel 5,000 is very, very safe. We are playing the tournament on the size of 15 football fields on an outdoor stadium," he said.

Murray is back at Roland Garros for the first time since having two operations on a hip injury that almost ended his career.

Poignantly he has been drawn against Switzerland's Wawrinka, who has also struggled with injuries in recent years.

The 33-year-old Scot's last match at Roland Garros was a five-set semi-final against Wawrinka, with Murray saying this week that it was that "brutal" match that "turned out to be the end" of his hip.

A resurfacing operation in January 2019 has resurrected Murray's career and he will be playing in his second Grand Slam singles event since the operation, having also competed at the US Open this month.

Murray and 35-year-old Wawrinka have already had a chance to measure each other up after practising together on Court Philippe Chatrier this week.

Konta, 29, reached the semi-finals at Roland Garros last year but may have been hoping for an easier opening opponent than 16-year-old Gauff.

Gauff has emerged as one of the most exciting talents on the tour following her runs to the Wimbledon and Australian Open fourth rounds - while she was still 15 - in the past 18 months.

However, this will be the American's first appearance in the French Open main draw and she has only one professional win on the surface so far. 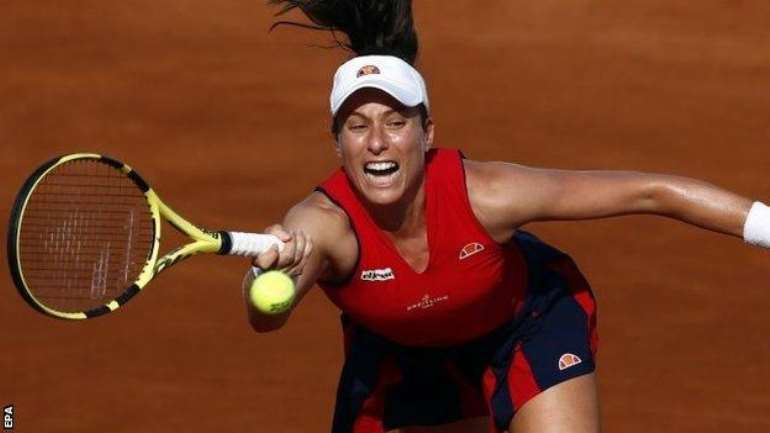 Johanna Konta will be facing Coco Gauff for the first time

Heather Watson is Britain's only other representative in the women's singles and the world number 56 has been drawn against France's Fiona Ferro in her opener.

Like Konta, Evans has been handed a tough task in the first round against Nishikori, a three-time French Open quarter-finalist and former world number four.

It was the worst possible draw for the 30-year-old in terms of ranking. Evans, yet to win a main-draw match at Roland Garros, is seeded 32nd and has been pitted against the player directly below him in the world rankings.

British number three Cameron Norrie will face a qualifier and that could yet end up being Liam Broady, who has reached the main draw for the first time.

Roger Federer is the man whose number of major titles Nadal wants to match, and the 39-year-old Swiss is missing with a knee injury.

However, Nadal is in the same half of the draw as newly crowned US Open champion Dominic Thiem. 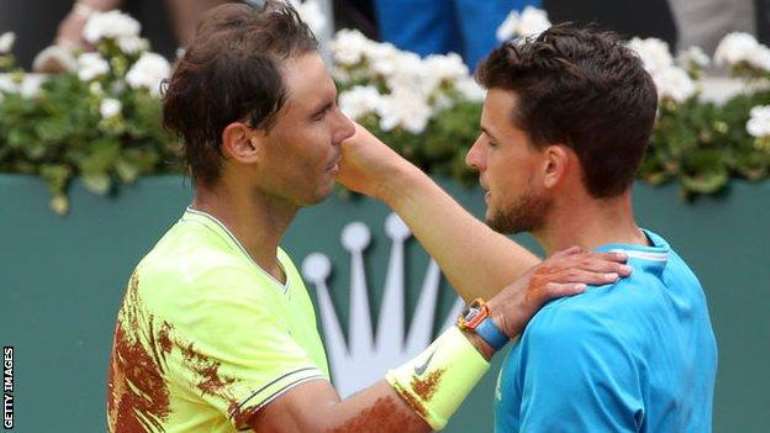 Nadal (left) and Thiem (right) have contested the past two men's finals, but the draw means they could only play each other in the semi-finals this year

That means top seed Novak Djokovic cannot face Nadal or Thiem until the final and the Serb starts his bid for an 18th major by taking on Sweden's Mikael Ymer.

Williams, approaching her 39th birthday on Saturday, has been drawn against fellow American Kristie Ahn, whom she also faced in the US Open first-round earlier this month.

Romania's Simona Halep is the women's top seed and backed up her tag as the favourite by winning the Italian Open this week.

Halep, who won her maiden major at Roland Garros in 2018, will face Spain's Sara Sorribes Tormo.