Richmond Boakye Yiadom On The Radar Of Egyptian Side Zamalek 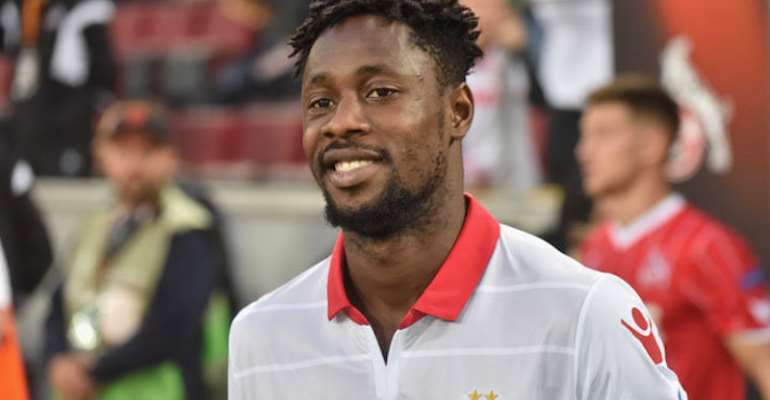 Ghana striker Richmond Boakye Yiadom is on the radar of Zamalek SC with the club said to be keen on securing the services of the player in the ongoing transfer window.

The Egyptian giants are preparing for the 2020/2021 football season where they will be competing for glory on the local scene as well as on the continent in the CAF inter-club competition.

Information gathered has revealed that Zamalek is bent on recurring a forward and has identified Red Star Belgrade forward Richmond Boakye Yiadom as the perfect candidate.

According to Light FM, the Egyptian Premier League club has already made an offer of $2 million to the Serbian champions and hoping it gets accepted.

The club is confident the signing of the 27-year old striker will provide the needed squad boost that will assure the team of laurels in the upcoming football season.

At the moment, there is no agreement with Richmond Boakye Yiadom or the Red Star Belgrade.