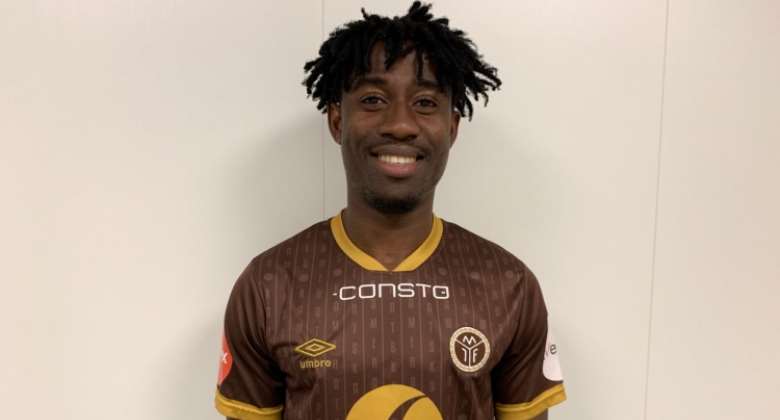 Modernghana Sports can report that midfielder Isaac Twum has officially completed his transfer to Norwegian top-flight club Mjøndalen IF.

This season, Isaac Twum has been exceptional for IK Start and has established himself as one of the most exciting players in the Norwegian league.

On the back of successful negotiations, the hardworking midfielder has been signed by Mjøndalen IF to give the side a squad boost for the ongoing football season.

Sources have confirmed that the former Inter Allies captain has inked a 2-year contract with an option to extend for another year.

This season, the 22-year old has made 10 appearances for IK Start and has scored 1 goal.

He will hope to hit the ground running at Mjøndalen IF ensure he continues his fine form to the season.