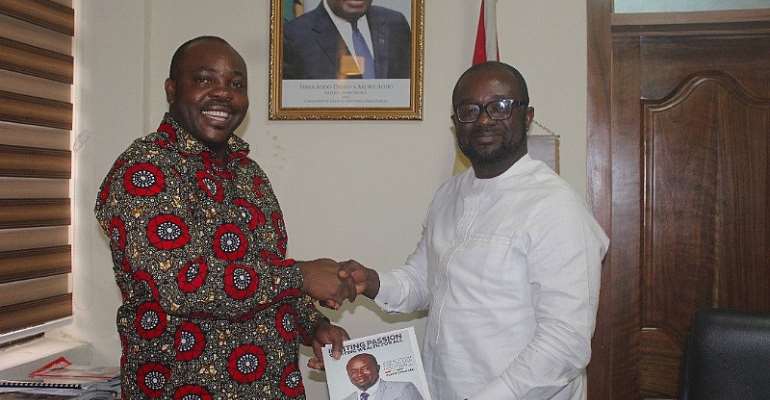 Kurt was voted President in 2019 and has made some moves during his tenure.

The former Dreams FC Executive Chairman has vowed to reignite the passion for football after taking over office in October 2019.

Despite the coronavirus outbreak bringing football to a standstill, Mr Asiamah acknowledged the work he has done so far stressing that Kurt Okraku who is like a brother to him has showed very promising signs at the early stages of his 4 year mandate.

“Kurt Okraku is like a brother to me, he is working, he is bringing back the love for football. He is doing his best. For me I will support him any day, any hour, any minute,” the Sports Minister said.

“They are working, the coronavirus affected their plans, but if I look at his vision for Ghana Football, and the plans he has put in place, I strongly believe that if we all support Kurt, he will deliver,” he said.

Quizzed on the new remuneration package for the President and the Executive Members that was approved by Congress, the Minister said, Congress knows the best for football and cannit interfere with the work of Congress and the FA.

“Every Association and how they run it,” he said.

“When he [Kurt Okraku] and the Executive Council fail to deliver, Congress will determine their fate next time.

“I cannot ask why they are being such amount as allowances but let’s all support the FA and make sure they deliver for us,” he added.