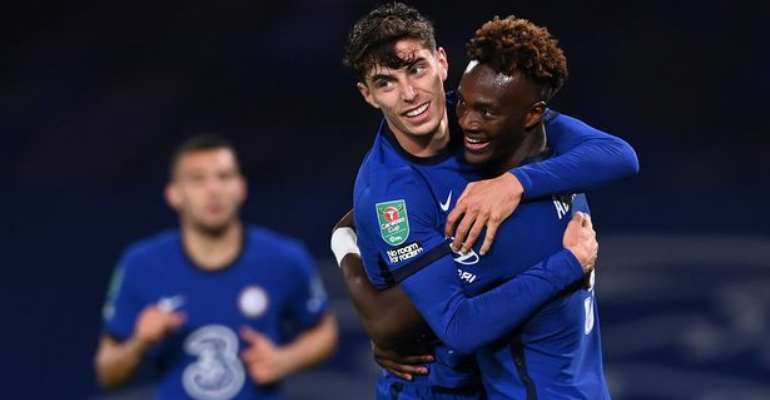 In what was his 3rd match for the Blues since his sensational transfer from Bayer Leverkusen, the 21-year old looked sharper and enjoyed a good game against the Championship club.

Kai Havertz netted his first goal on the night on the 28th minute with an assist from midfielder Mason Mount that saw striker Tammy Abraham pulling an eye-catching dummy.

With the goal complementing a Tammy Abraham opener in the 19th minute, Chelsea’s lead was doubled before going into the break.

After recess, Ross Barkley scored with a good effort on the 49th minute before Kai Havertz stole the show.

He netted his second five minutes after the hour mark after latching onto a lay-back pass from Tammy Abraham.

Ten minutes later, the German wrapped up an excellent day at the office with his third goal as he completed what is going down as his first-ever hat-trick in his senior career.

Having lasted 66 minutes against Barnsley, the match ball winner pulled through with an enviable rating of 10 from Modernghana Sports partners SofaScore in recognition of his 5-star performance.

Kai Havertz game in numbers below: 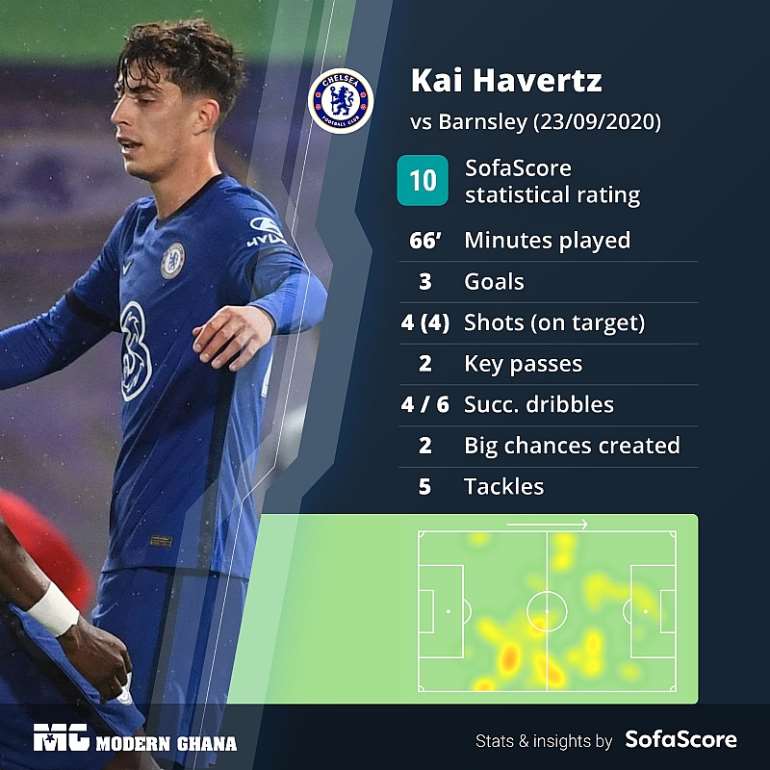