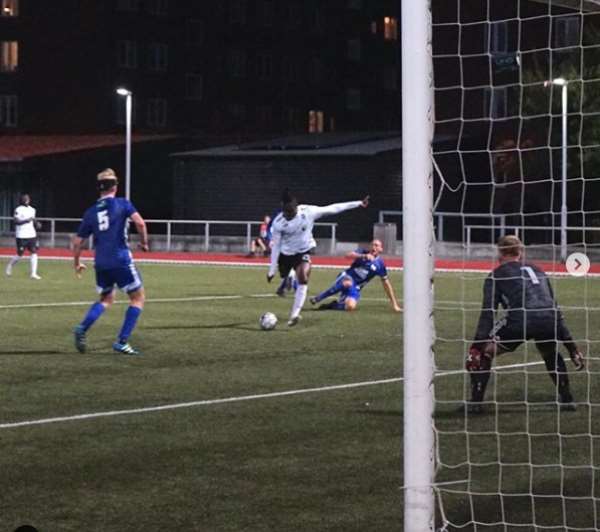 Nigerian forward Nsungusi Effiong hit a brace for HB Køge on Wednesday evening to inspire the team to a resounding 3-0 win against FA 2000 in the Danish Domestic Cup.

The youngster joined the Danish club on a permanent deal in July from Ghana Premier League side Inter Allies FC.

Since then, he has displayed fine form and keeps producing the goals to help them team cruise to victory.

Today, Nsungusi Effiong was called into action for HB Køge when they played against FA 2000 at the FA Park in the Round of 64 of the Danish Landspokal Cup.

Following a good start to the game, the former Inter Allies striker opened the scoring for his team on the 29th minute with a well-taken strike.

Just 5 minutes later, Nsungusi Effiong found himself with another good opportunity and made no mistake as he slotted his effort into the back of the net to give HB Køge a 2-goal lead.

The team will return from the break to score again in the second half courtesy a strike from Marius Elvius on the 80th minute.

Eventually, HB Køge cruised to a 3-0 win against FA 2000 with Nsungusi Effiong emerging as the star man.

JHS graduate appeals for $45,000 to undergo kidney surgery
17 minutes ago