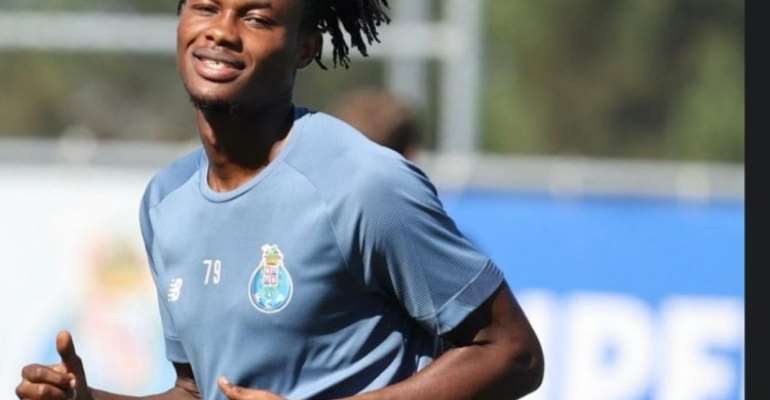 Ghanaian youngster, Kelvin Ofori displayed fine form in front of goal on Monday afternoon as he scored twice to help FC Porto B draw 2-2 against UD Oliveirense in the Portuguese Segunda Liga.

The 20-year old joined the Portuguese giants this summer from CD Aves and looks to be focused on impressing to earn a shot with the senior team.

Today, he was called into action when his FC Porto B side traveled to the Estádio Carlos Osório on Matchday 3 of the ongoing football season to take on UD Oliveirense.

Kelvin Boateng had an outstanding game and scored a brace in the second half to earn a point for the visitors.

First, he found the back of the net on the 55th minute with an assist from Carlos Gabriel at a time FC Porto was trailing by a goal to nil.

Later on, Michel Lima also scored to give UD Oliveirense a 2-1 lead after being teed up by Antonio Oliveira.

Heading towards defeat, the FC Porto B team found its hero in Kelvin Boateng with the young striker scoring his second in the afternoon on the 74th minute to ensure the game ended 2-2.

The striker lasted the entire duration of the game and earned high marks in the process.