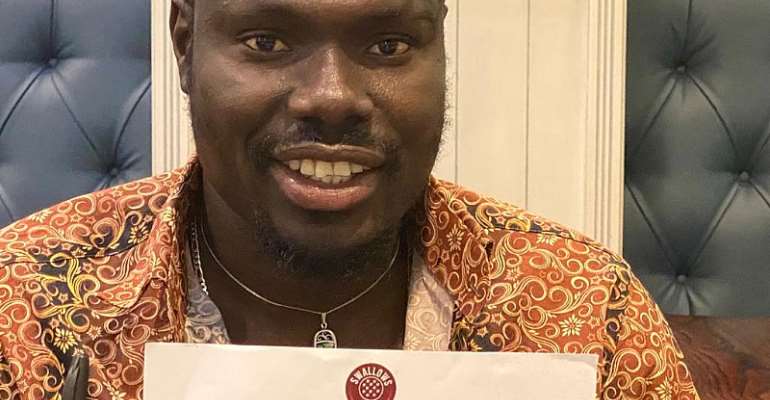 The highly-rated forward joined Free State Stars in the 2019/2020 football season where he managed to score 11 goals at the end of the campaign.

Due to his impressive displays, Daniel Gozar has now been signed by Swallows FC to provide a squad boost for the team in the upcoming football season.

The club gained promotion to the Premier Soccer League (PSL) at the end of last season and believes the acquisition of the Ghanaian forward will strengthen their team for the challenge that lies ahead.

“Swallows FC has secured the signature of Striker Daniel Gozar.

“Welcome to the Nest”, an official statement on the Twitter page of the club has announced today.

He will be expected to lead the lines for his new club when the 2020/2021 football season starts in South Africa.