We Will Build A WAFA-Like Team To Avenge 4:0 Defeat Against Hearts of Oak - Kotoko CEO Pledges 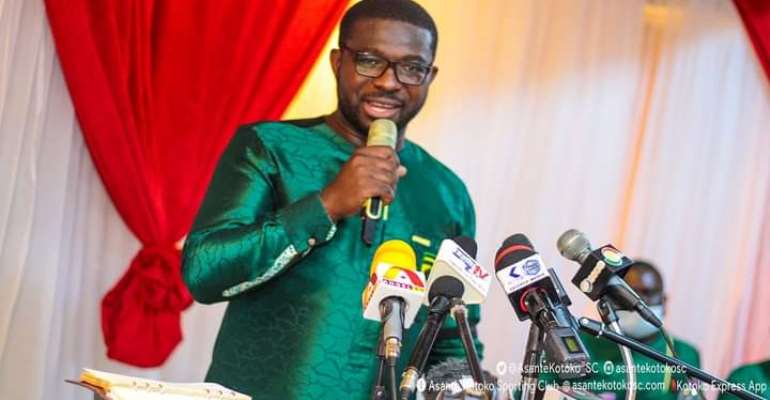 Chief Executive Officer of Asante Kotoko, Nana Yaw Amponsah says the club will build team like West Africa Football Academy [WAFA] to be able to avenge the 4-0 defeat they suffered against their sworn rivals, Hearts of Oak in 2000

On March 2000 Asante Kotoko suffered their worst defeat rivals Accra Hearts of Oak, courtesy of Ishmael Addo’s brace and a goal each from Emmanuel Osei Kuffour and Kenneth Sarpong.

Asante Kotoko’s highest ever win against their Hearts of Oak was a 3-0 win in 1980, so the 4-0 victory gives the Accra giants the bragging right.

Nana Yaw Amponsah who was appointed a month ago as the CEO of the 23 times champions of Ghana is aiming at inspiring the Kumasi giants to an unprecedented victory against Hearts to avenge the humiliating 4-0 loss.

The 4-0 defeat is Asante Kotoko's second-biggest defeat in the history of the Ghanaian topflight league after losing 5-0 to Ebusua Dwarfs in 1969.

Meanwhile, WAFA have been the club to humiliate Hearts of Oak 5:0 at the Sogakope Stadium in 2017 in a match day 17 fixture.