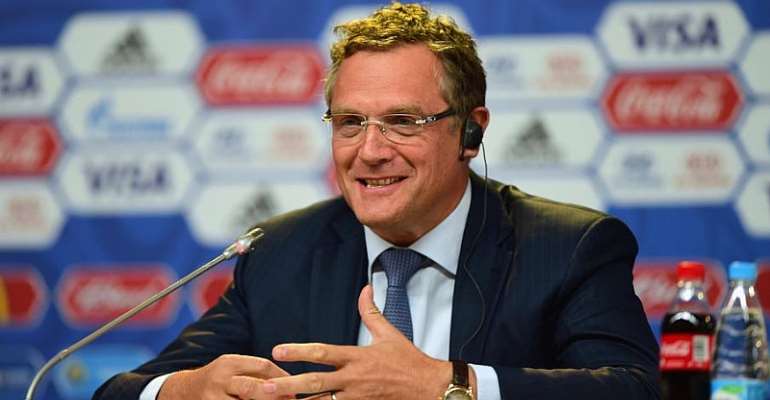 The prosecution called for a 28-month sentence for Al-Khelaifi, who is also president of beIN Media, and three years for Valcke as their trial moved into its final days, the Swiss agency Keystone ATS reported.

This is the first time prison sentences have been requested in a European court in trials relating to the multiple scandals in world football, although former officials from the Americas have received jail sentences in the United States.

It will be the first judgement handed down in Switzerland, the seat of most international sports organisations, in the 20 or so proceedings opened in the last five years involving Fifa.

The Swiss Federal Criminal Court of Bellinzona has been trying Valcke on two charges related to his quest for money to maintain what Federal Prosecutor Joel Pahud called a "spendthrift" lifestyle.

Al-Khelaifi is included in the first charge. The public prosecutor's office said Valcke sought the Qatari's help in the summer of 2003 to buy a luxury villa in Sardinia, at a time when beIN, a Qatari-owned broadcaster, was negotiating the extension of its media rights in North Africa and the Middle East for the 2026 and 2030 World Cups.

The prosecutor said Al-Khelaifi acquired the house for five million euros, via a company that was transferred almost immediately to the brother of one of his close collaborators, before it was made available to Valcke.

The two men denied a "corrupt agreement" and said the deal was a "private" arrangement, unrelated to the contract concluded by beIN with Fifa in April 2014.

The defendants also argued the deal, which Fifa has never tried to undo, was "golden" and "sublime" since the $480 million dollars beIN paid for the two World Cups was 60% more than for the 2018 and 2022 World Cups, when it faced no competition.

The prosecution said Valcke committed to "do what was in his power" to ensure beIN would win the contract and should have declared the Villa Bianca deal to his employers. They said he had been pressured by Al-Khaleifa to illegally damage Fifa's interests.

Pahud also accused Al Khelaifi of "contempt for justice" because he did not cooperate with the investigation and denied buying the villa despite evidence of the purchase.

The defence argued that the trial was "muddied" by the revelation of informal meetings between former Swiss attorney general Michael Lauber and current Fifa president Gianni Infantino.

Lauber resigned from his post in July and both men are under investigation for suspected collusion.

Al-Khelaifi's lawyers have told AFP that the charges against their client are "clearly artificial".

The Swiss prosecutors had to drop a charge of corruption because of an out-of-court settlement in January between Al Khelaifi and Fifa, which then withdrew its complaint against him.

Valcke also stands accused of exploiting his position at Fifa to influence the awarding of media rights for Italy and Greece for World Cups and other tournaments between 2018 and 2030 "to favour media partners that he preferred" in exchange for payments from Greek businessman Dinos Deris, who has also been charged.

Pahud said he accepts that the 59-year-old Frenchman has paid a heavy price over the past five years.

Valcke, a former journalist who lives in Barcelona, "has suffered professionally in recent years. He has not found a job after Fifa," Pahud said.

Valcke told the court that he had been unable to open a bank account in Europe since 2017, had to sell his yacht and jewellery and had his Porsche Cayenne stolen.

He said that attempts to make a new start had been "polluted" by interventions from Fifa.

The defence will present their final arguments on Wednesday and Thursday.